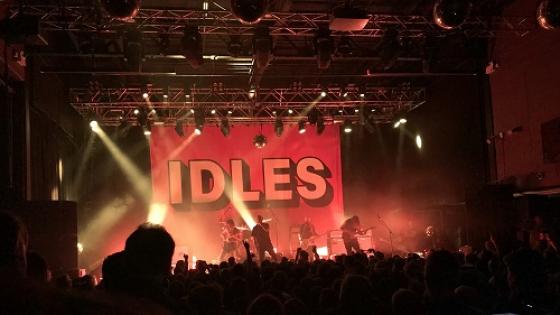 Danny Nicol had a new article entitled ‘Capitalism and Criminality in Agatha Christie’s novels published, see here.  It has been a busy first quarter for the Entertainment and Sports Law Journal with a number of other articles published so far this year, including the Ken Foster special issue, see March News.

To celebrate the release of the Being Frank film, the Centre organised an event based around the film Frank, details here.

Simon Flacks had ‘Substance misuse and parenting: making drugs and gender in the family court’ published in the International Journal of Law in Context

Guy Osborn took part in what UEA termed a cultural exchange, reviewing the band Idles for the UEA Gigs project.

Guy Osborn finalised a book contract with Routledge for a text entitled Olympic Law: Culture, Values, Tensions. This is co-authored with Professor Mark James of Manchester Law School and is scheduled to be published to tie in with the Tokyo 2020 Olympic and Paralympic Games.