UK’s first female disco jockey and longest-serving BBC Radio 1 presenter and alumna of the University to receive award for contribution to broadcasting and journalism. 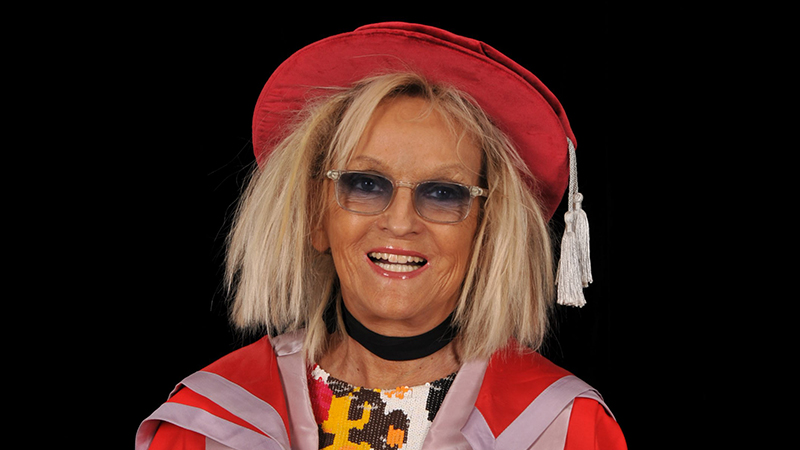 The legendary broadcaster Annie Nightingale - the UK’s first female disc jockey - and the longest-serving presenter on BBC Radio 1 has received an honorary doctorate from the University of Westminster on 3rd December at the Royal Festival Hall in London.

Ms Nightingale MBE was the first female disc jockey on BBC Radio 1 and is a former journalism student of the Polytechnic of Central London, the forerunner to the University of Westminster. Ms Nightingale, originally from Twickenham, south west London rose to prominence in the 1960s, starting off as a print journalist on the Brighton Argus and later as a columnist for the Daily Express, The Daily Sketch and Cosmopolitan magazine. She started at Radio 1 in January 1970. Ms Nightingale also became well-known for her role as a presenter of The Old Grey Whistle Test on BBC in the 1970s.

In 2002, Ms Nightingale was awarded an MBE for her services to radio. She received a Sony special award last year and in 2010 received a Guinness world Record for the “Longest Career as a Radio presenter (female)”.

Recalling her days as a student, Ms Nightingale said it was an incredible period: “Now it’s acceptable to study journalism but in those days Fleet Street believed that you had to start out as an apprentice. Living and studying in London was an amazing year of culture and growing up.”

Listening to pirate radio inspired her broadcasting career: “At the time, the BBC had no women on air but eventually they realised they had to take someone on, so I was the ‘token’ woman. On the first show, I stopped the record for eight seconds – it felt like a lifetime. I had a lot to prove, it took a long time to get confident.”

Alan Fisher, Head of Music and Interim Dean of School of Media, Arts and Design at the University of Westminster, said: “Annie Nightingale has been a genuine trailblazer not only for women’s broadcasting but for the whole industry. She has broken down barriers throughout her career and paved the way for the broadcasters of today. It’s our honour to award Annie an honorary doctorate in recognition for her landmark career.”

The University of Westminster’s Media Arts and Design School is one of the leading journalism and media studies centres in the world, attracting students worldwide. The first university to offer a degree in Commercial Music, it has a flourishing department for performance, production and music business management. Multimedia journalism, public relations, radio and television production are also among the courses taught at undergraduate and postgraduate level by expert staff and leading industry figures through an extensive visiting lecturer programme.