Garments designed by Andrew Groves, Course Director of the Fashion Design BA are on show alongside other big names from the fashion industry in The Overworked Body: An Anthology of 2000s Dress exhibition at Ludlow 38. 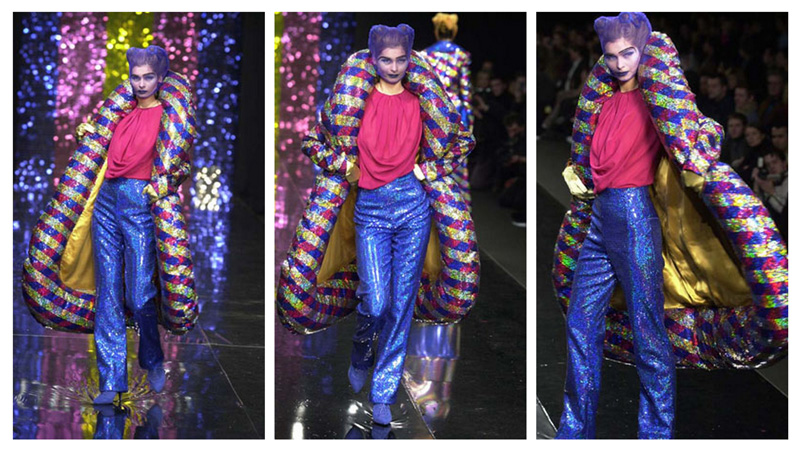 The Overworked Body: An Anthology of 2000’s Dress surveys a diverse range of collections, from the iconoclastic to the underground, the everyday and the critical. From key graduate collections via acclaimed schools such as Central Saint Martins and the Antwerp Academy, to designer collaborations with companies such as Target and H&M, the exhibition aims to uncover the complexities that construct fashion history.

The opening night of the exhibition, which took place on 10 September during New York Fashion Week, featured a runway show, where a selection of rare and everyday pieces were restaged into a new fashion performance. The runway show made its way from the Goethe-Institut to Mathew Gallery, spilling across the street that separates the two art spaces.

The works of Andrew Groves were shown along with those of world-renowned fashion names, including Alexander McQueen, Nicolas Ghesquière for Balenciaga, Helmut Lang, Viktor & Rolf, Issey Miyake and many others.

Under the initiation and direction of Andrew Groves, the University of Westminster also became home of the world’s first public Menswear Archive, where anyone can get up close and personal with an array of traditional, weird, and wonderful men's clothes. The Archive boasts a bigger collection of Alexander McQueen pieces than the V&A Museum and contains diverse range of pieces of clothing, including unique items like an armour worn by the French Riot Police.

Learn more about the The Overworked Body: An Anthology of 2000.

Read more about the world’s first public Menswear Archive at the University of Westminster.