Michael Barratt, who studied Transport Planning and Management MSc at the University of Westminster led by Dr Enrica Papa, has been recognised as a Member of the British Empire (MBE) in the New Year’s Honours for services to transport in London. 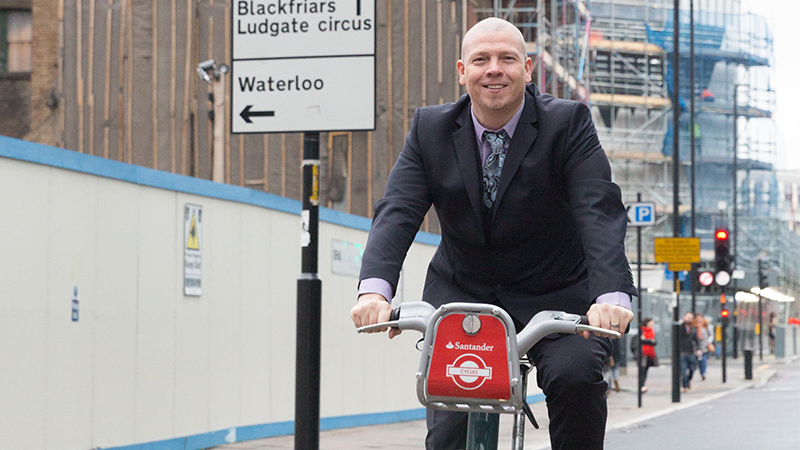 Michael is a driver of innovation at Transport for London where he works as a Development Impact Assessment Lead. He works to make London safer and accessible for all Londoners, working alongside construction companies and developers to ensure efficient delivery of end results.

He enables immediate action to be taken to improve London’s roads for vulnerable road users bringing different types of road users, including cyclists and people with disabilities, together with the police, borough officers, construction companies and logistics experts. He encourages everyone to see how improvements can be made around areas where there is construction taking place.

Michael thanked the University of Westminster for all the help that was given to him during his time studying. He acknowledged how his studies allowed him to open his mind to different approaches and ways of thinking, saying it helped him to achieve this honour.

Barratt said: “It’s a pleasant surprise to be recognised in the New Year’s Honours and I cannot think of a better way to start off 2018. London is such an exciting city to work in and visit and I am passionate that everybody should be able to enjoy travelling around the Capital safely, whether they get about by cycling, walking or using public transport.”

Michael has worked at Transport for London for 18 years and within that time he has also worked on supporting organisations in decreasing the pollution they create by encouraging them to recycle waste materials on site. This is part of the creation of Construction Management Guidance in 2014, which Michael was responsible for.

The Mayor of London, Sadiq Khan, said: “I’m delighted that Michael’s dedication to making our transport network safer and more accessible has been recognised. His hard work and innovation has significantly helped vulnerable road users across the capital and really changed London’s roads for the better.”

Find out more about the Transport Planning and Management MSc course at the University of Westminster.