Celebrated Sky News journalist Alex Crawford will be presented with the prestigious Charles Wheeler Award for Outstanding Contribution to Broadcast Journalism in a ceremony held jointly by the University of Westminster and the British Journalism Review (BJR). 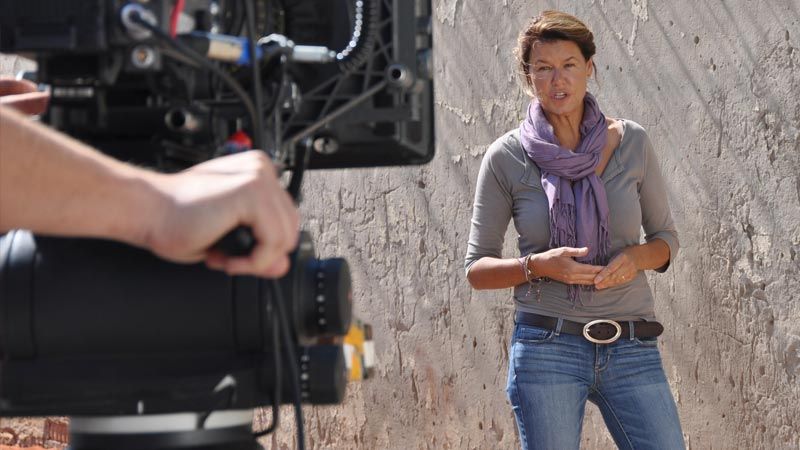 The awards ceremony, followed by a keynote speech from BBC Creative Director Alan Yentob, will take place at the University’s newly restored Regent Street Cinema in the heart of London’s West End on 4 June 2015.

Alex Crawford is a multi-award winning journalist who has been recognised four times by the Royal Television Society as Journalist of the Year and was awarded Officer of the Order of the British Empire (OBE) in the 2012 New Year Honours for her services to broadcast journalism. Based in South Africa, Alex is a Special Correspondent for Sky News and has reported on the Middle East and the Arab Spring in Tunisia, Egypt, Bahrain and Libya, and covered high-profile news stories such as the trial of Oscar Pistorius.

The event will be attended by Lady Wheeler and members of her family (including her son-in-law Mayor of London Boris Johnson, other commitments permitting), senior executives of Sky and the BBC, senior journalists, and University of Westminster students, staff and alumni.

Professor Steven Barnett, Professor of Communications in the University’s Faculty of Media, Arts and Design, who initiated the award in conjunction with the BJR in 2009, said: “We are delighted that this year’s Wheeler award is going to Alex Crawford of Sky News. Her clarity, insight and courage in reporting from some of the world’s most difficult areas are in the finest tradition of Charles Wheeler himself. She deservedly follows a long line of distinguished broadcast journalists in winning this award.”

The award is determined by the British Journalism Review and was established to celebrate the career and achievements of legendary BBC journalist Charles Wheeler. Previous recipients are Jon Snow, Jeremy Paxman, Jeremy Bowen, Lindsey Hilsum, Alan Little and Robin Lustig. This will be the seventh year that the University of Westminster hosts the prestigious ceremony, continuing its association with this high-profile award and underlining its expertise in the fields of media and journalism.