Dr Gaurav Gupta received The Selwyn Award at the prestigious RPS Awards 2016 for science based research connected with imaging. 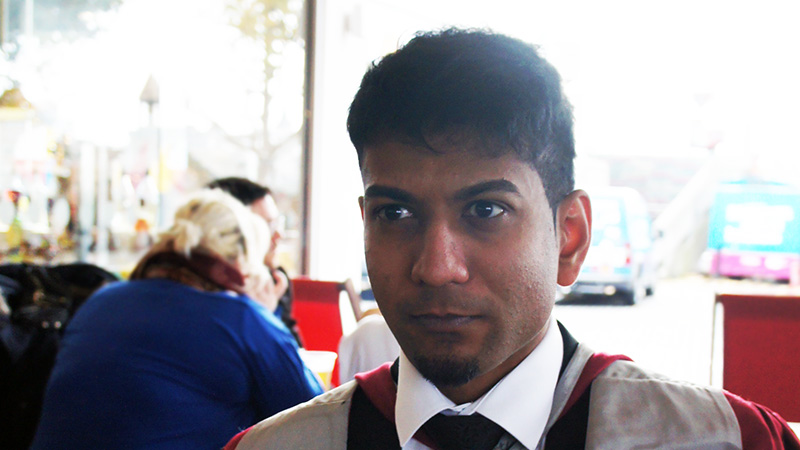 Dr Gupta, a researcher in computational and human visual perception, received his PhD in Artificial Intelligence from The University of Westminster in 2012 where was a member of the Computational Vision and Imaging Technology Research Group.

Since graduating he has worked on developing a novel unsupervised human shape extraction algorithm for an application involving the fusion of functional magnetic resonance imaging – known commonly as fMRI, and visual data.

Since the start of 2016 he has been working as a research associate at the Institute of Neuroscience, Newcastle University, on a project designed to better understand the effect of lighting on visual and non-visual responses in humans.

The Royal Photographic Society Awards were established in 1878 and are the longest and most prestigious photography awards in the world. They recognise exceptional photographers, scientists, curators and educators. The Selwyn Award is awarded to someone under the age of 35 who has conducted successful science based research connected with imaging.

The University of Westminster is the only UK University to offer an undergraduate programme in Imaging Arts and Science which offers in depth study of imaging techniques, histories and applications, from multiple perspectives of art, science and technology.

The Selwyn Award is sponsored by The Imaging Science Group, part of the Royal Photographic Society.

Learn more about Imaging Arts and Science at Westminster.