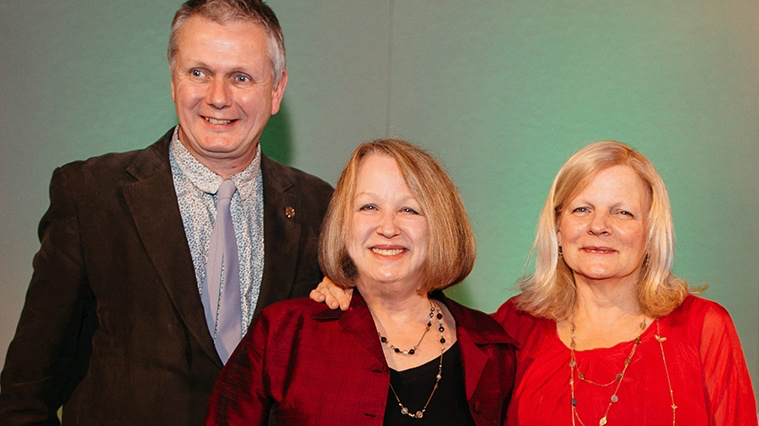 Loraine Leeson’s Active Energy project has received the Best Arts and Green Energy award from Regen SW. The awards were announced at an event at the Bath Assembly Rooms on 29 November. This is the 13th annual awards ceremony to honour innovation in the development of green energy and the first to recognise the arts as a key player in this process.

Active Energy is an arts/engineering collaboration involving The Geezers, a seniors’ group based at an AgeUK Centre in Bow, in the development of technologies to improve their lives. Outputs so far have included a turbine-driven lightwork for an AgeUK roof, exhibitions in the UK and USA, and development of a new design of tidal turbine for use in the River Thames. Further work is currently underway through the AHRC funded Hydrocitizenship project to construct a stream wheel that will power an aerator to help oxygenate the water in the Lower Lea and support the survival of fish.

More information can be found on the Regen SW website.