Visiting lecturer John Illman from the Westminster School of Media, Arts and Design was awarded the Feature of the Year (specialist audience) prize at this year’s Medical Journalists' Association (MJA) Awards. 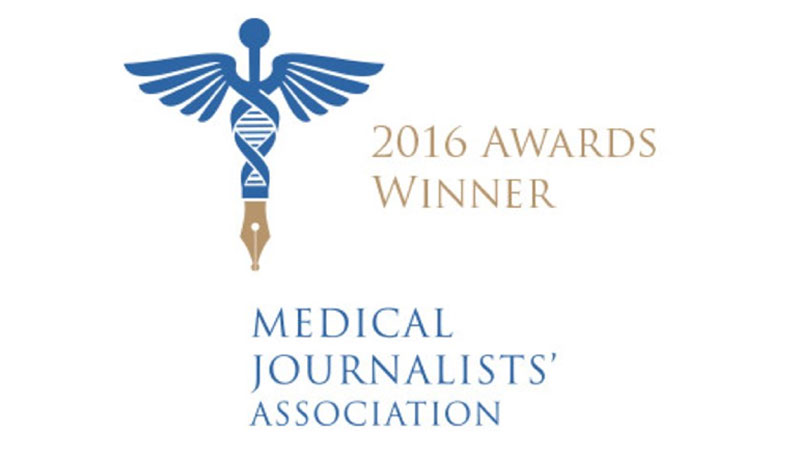 The competition was particularly tough this year, attracting a record number of entries, which were assessed by a distinguished panel of 44 judges from the media industry, clinical medicine, academia, and the voluntary sectors.

John received his award for a piece he had written on the concept of balance in journalism entitled “The danger in a second opinion” for the British Journalism Review. The judges described the piece as thought provoking on an issue that is vitally important for medicine and medical reporting, as well as superbly written.

“At a time when journalistic endeavour is facing sometimes severe pressures, the awards are a reminder of what is possible. And that’s important not only for us, but also for those who hold the purse strings: investing in good journalism is worth it,” commented MJA Chair Lawrence McGinty.

“We have a particular duty as journalists to get it right—to expose scandal, yes, but also to strive for balance and accuracy. I know that the people on the shortlist have succeeded in doing that,” he added.

In June the Westminster School of Media, Arts and Design hosted the launch of a new book by John Illman entitled ‘Handling the media: communication and presentation skills for healthcare professionals’, available from John Illman Communications. His award-winning article was based on an extract from the book.

John Illman, formerly health editor on The Guardian, teaches on the University of Westminster’s Medical Journalism BA Honours degree, the only such course in the country.