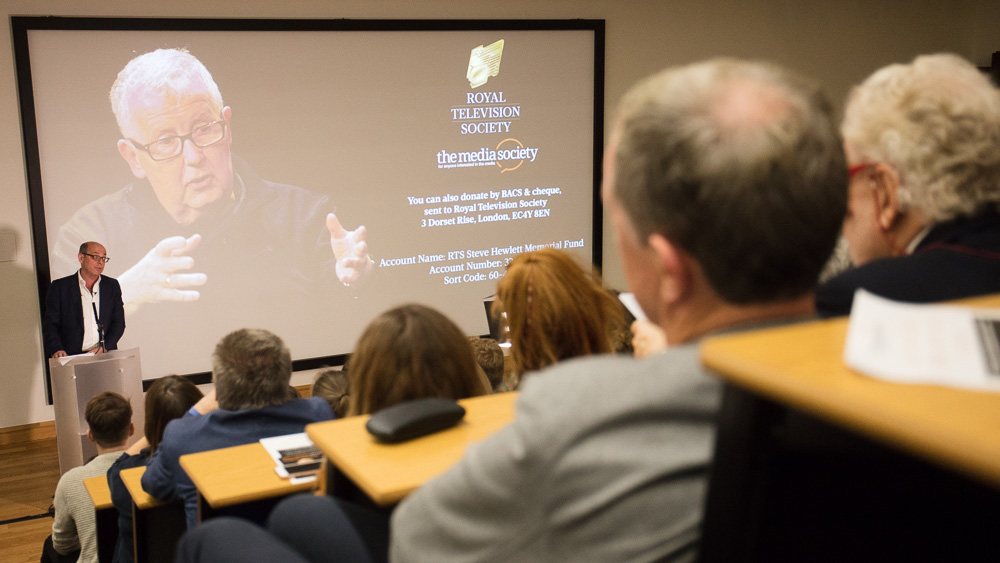 Citing websites of both left and right he said they were negatively affecting the public perception of mainstream media. He also called on the media to be more open in it’s recruitment.

Robinson, who first worked with Steve Hewlett in Manchester, was addressing a packed house of colleagues, family and friends of the late journalist, to mark the first award of a bursary for journalism students organised by the Royal Television Society and The Media Society.

Steve Hewlett, was best known for his writing about the media and as presenter of Radio 4’s The Media Show. Last year he began a series of interviews on the PM programme with Eddie Mair in which he talked about his cancer. He died in February 2017.

The bursary is to be an annual award to a student from a lower income family, studying undergraduate journalism and marks Hewlett’s own commitment to opening up careers in the media. The first award winner is Oliver Cummins Hylton, a student at Salford University. Ticket sales and donations raised over £3,500 for the fund.

Professor of Communications at Westminster, Steve Barnett, who gave the opening address, said the event was: “a fitting tribute to one of the industry greats”.  He added that Nick Robinson’s talk was: “both entertaining and thought-provoking… a lecture that every student of the media should read”.

The full text of Nick Robinson’s speech can be found on the BBC website and the full video on YouTube.

An edit of the video is also available.

Find out more about studying Journalism at Westminster.