You are warmly invited to attend the Faculty of Architecture and the Built Environment’s Inaugural Lecture of the 2013-14 series. 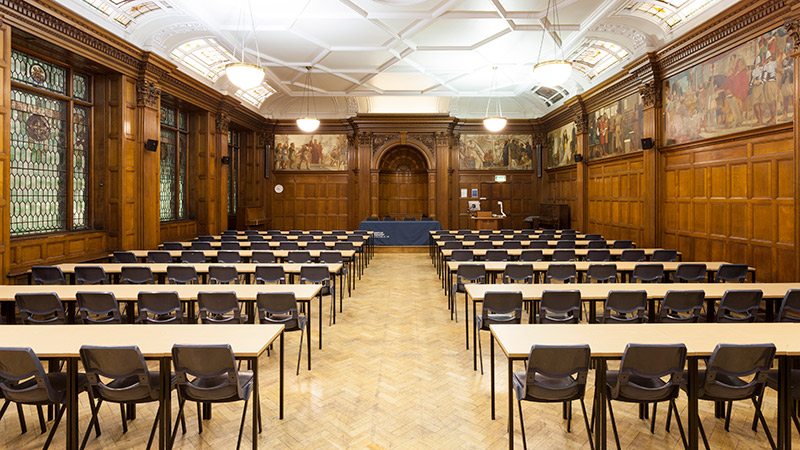 In the year in which we celebrate our 175th anniversary, this series of lectures continues the University of Westminster’s rich heritage of pioneering research and learning.

Delivered by Professor David Dernie, this lecture will draw on a wide range of references to open up fresh ways to think about architectural design, materials, ideas, and the natural and built environments.

As we move towards a digital age of building, where we design, model, procure and even build digitally, architecture is inevitably propelled into a virtual realm. At the same time, we all know that the material conditions of our environment still matter and this lecture will argue that the architecture is first and foremost a physical thing: an architect’s palette comprises of material forms and light. In foregrounding shape and surface, design software promotes a technical (or otherwise fragmentary) knowledge of material. Our tacit or instinctive understanding of materials is less easily digitised. Nevertheless the links between the architect’s material imagination and the technical and formal resolution of their buildings remains a key question that involves the communicative function of architecture, now seen as essentially questionable in its legitimacy and authority.

This lecture will develop ideas about future practice that are grounded in a historical understanding of the meaning of materials, and also framed by today’s environmental imperatives. In a world of depleted resources and climate change, how we approach making, the uses of materials and natural light and their effect on energy and human comfort is a central area of inquiry. Drawing on a wide range of references from policy to the arts, the lecture will open up fresh ways to think about building that recover links between materials, ideas and the natural and built environments, to inquire: Why can’t we see construction, along with the scientists, as an artful dialogue with nature?

David Dernie is an architect and academic: key to his work is the practice of drawing, and questions of materials and representation in architecture. Previously Head of Manchester and Leicester Schools of Architecture, he became Dean of the Faculty of Architecture and Built Environment at the University of Westminster in 2012. Having left Cambridge University with a starred distinction in 1988 he went on to become Rome Scholar in Architecture (1991-1993). He was elected a Fellow at Fitzwilliam College, Cambridge (1999). He has lectured widely and exhibited internationally, and in 2008 David became a biographee in Black’s Who’s Who for his work in architectural education. His published books include Architectural Drawing (2010), Exhibition Design (2006), Material Imagination (2005), New Stone Architecture (2003), Villa d’Este at Tivoli (1996) and Victor Horta (1995). This year’s (2013) publications include: ‘The Crystal Imagination’, Architectural Research Quarterly; ‘Elevating Mallarmé’s Shipwreck’, in Buildings; ‘Material Conditions of Drawing’ in TRACEY; and ‘Exhibition Design, Reflections’, in Handbook of Interior Design, Berg Publishers, Oxford. He is currently working on extensive revisions for the second edition of Architectural Drawing and the completion of a major research project, Material Imagination in Architecture, to be published by Routledge in 2015.

Find out more and book your place.