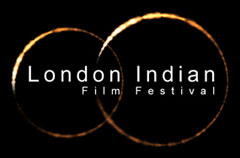 Is mainstream Indian cinema moving into a ‘post-Bollywood’ era? In recent years a growing number of popular (and not so popular) films made for commercial release have been challenging the conventions of the mainstream multi-genre, song and dance extravaganzas. These films are being made - both within and outside the prevailing studio system - in Mumbai, Chennai, Kolkata and elsewhere. From Dev D to Just Another Love Story, Udaan or Peepli Live, cinematic language is being explored, songs are disappearing or being used in different ways, and strong alternative storylines are presenting a new face of modern Indian society. These films’ hybrid sensibilities are increasingly appealing to the global aspirations of India’s urban ‘multiplex’ generation.

The London Indian Film Festival was set up in July 2010 to showcase this trend, bringing cutting edge Indian films and filmmakers to London audiences. Alongside this summer’s festival, the India Media Centre at the University of Westminster, in association with the London Indian Film Festival, is hosting a conference that will bring together filmmakers, industry professionals and academics to explore this new phenomenon within both a contemporary and an historical context.

What are these films and why are they emerging now? Are they simply the latest in a long line of such moments in Indian cinema – from the first song-less Hindi film in 1937, to the Bengali art house movements of the 1950s and 1960s or the so-called parallel and middle cinemas of the 1970s and 1980s, and much besides? What lessons can this history teach us? What, if anything, do these films mean for the future of Indian cinema?

Papers are invited that explore any aspect of the current and historical challenges to the mainstream form of Indian cinema and its hegemony over the popular cinematic imagination of India and the South Asian diaspora. Papers may deal with film-making in any language and of any era or region, and can include – but are not restricted to – the textual, industrial, commercial and reception contexts of films that subvert the mainstream, and/or the critical contexts within which they have been debated.

This conference will take place from Friday 8 July and Saturday 9 July 2011. The fee for registration will be:

There is an early bird discount if you pay by the 30 June.