What it Takes to be LGBTI and proud 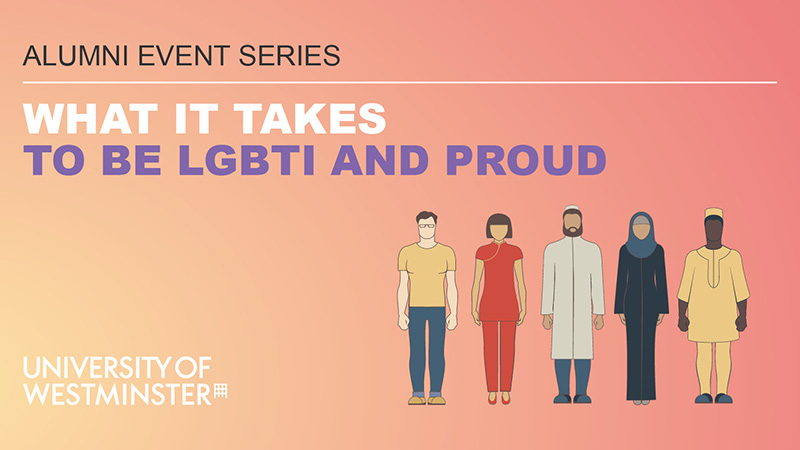 In collaboration with National Student Pride and to mark the beginning of LGBT History Month, this event will feature a panel of speakers from a diverse range of LGBTI backgrounds. The panel will discuss their unique experiences and the issues they have faced, both personally and professionally, as an LGBTI individual in society. Topics to be considered include the definitions of various LGBTI terminologies, issues commonly faced in the LGBTI community and the role of LGBTI media and the Home Office in recognising the diversity of sexuality and gender identity-based cultures. The event will also be a celebration of what makes us unique as individuals and is open to all students and alumni.

After individual presentations of around 10-minutes each, the panel will be asked some questions by the host, followed by time for the audience to ask the panel questions in both a Q&A and after the event with refreshments and networking.

Nikki is the President of the UWSU LGBTI society and a social media activist, having worked with the BFI, BBC, The Independent, Huffington Post, National Student Pride and Gay Star News. She is currently setting up a non-profit organisation to facilitate a better campus environment and more career opportunities for LGBTI university students. Nikki will also be hosting the event.

Jamie, a podcast addict and gif lover, is working for young LGBTI people by telling stories about mental health, sex, relationships, and identities as the Young Voices editor at Gay Star News. Jamie is also a National Student Pride mentor and podcast producer who started his career at audioBoom.

Anick currently works with a charity called The Mix, a digital charity that provides essential support and a safe space for under 25s on a wide range of issues including sex, drugs, relationships and careers. Anick was recently featured in a Buzzfeed article discussing his experience as an intersex individual.

Charlie immersed herself in the LGBTI community towards the end of her university degree. She now volunteers for National Student Pride while working at Gay Star News. Despite still being a recent graduate, she's already cementing her reputation as a passionate and sometimes 'obnoxious' bisexual activist.

Shayne currently provides legal advice to failed asylum seekers, refugees, undocumented migrants and people with irregular stay in the UK. Shayne& also helps people to challenge incorrect decisions regarding welfare entitlement from the DWP. As a gay black male, Shayne has been active in the debates around PrEP (Pre-exposure prophylaxis) and making sure that BAME communities are included in these discussions.