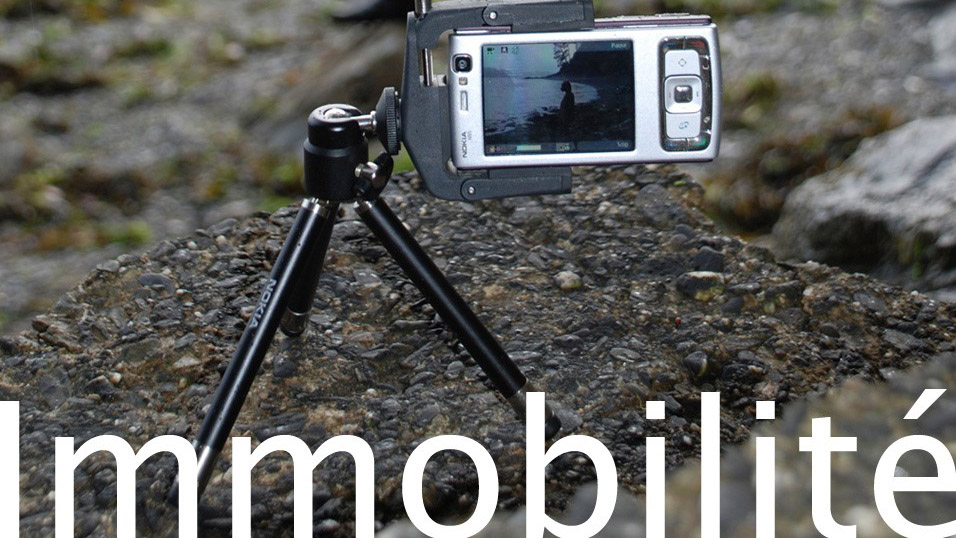 The Institute for Modern and Contemporary Culture at the University of Westminster is delighted to announce the UK premiere of Immobilité - the first feature film shot on a mobile phone - by American artist, Mark Amerika at the Regent Street Cinema on 11 May.

Released in 2009, Mark Amerika's Immobilité was shot entirely on a Nokia N95 mobile phone in 2007 (before the release of the iPhone) on location in Cornwall.

Immobilité appropriates the stylistic tendencies of a feature-length foreign film. The artwork introduces the creative use of subtitles which double as a literary text and depict a future world where the dream of living in utopia can only be sustained by a nomadic tribe of artists and intellectuals living on the edge of apocalypse.

According to Amerika: "Immobilité mashes up the language of auteur-driven 'foreign films' with a more amateur video vernacular we now associate with social media platforms like YouTube and Vine." By experimenting with a low-tech glitch aesthetic associated with pre-HD mobile phone video recording technology - as well as more sophisticated forms of motion picture narrative found in European art-house movies - Amerika makes an attempt at interrogating the question: “What is the future of cinema?”

The film will be introduced by Mark Amerika, in conversation with Chris Meigh-Andrews.

The event is free and open to all. Booking is essential and tickets are available via Eventbrite.

Find out more about Immobilité

For further information about the event, please contact Kaja Marczewska at [email protected]