Westminster disLAB Presents...Juliana Ruhfus, Al Jazeera: "How Can we Use Digital Games to Deliver Hard News?" 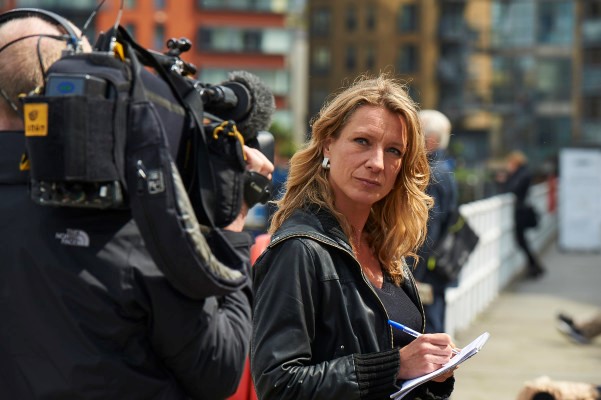 Juliana Ruhfus is an award winning investigative journalist at Al Jazeera and a filmmaker and producer of groundbreaking interactive journalism projects.

Juliana currently works as the senior reporter on Al Jazeera's investigative and current affairs strand, People & Power, where she has been since 2006 when her film on Liberian ex-combatants launched the channel’s programming content.

Nearly 40 films later, she has gone undercover in Turkmenistan and in Cambodian orphanages, produced the critically acclaimed, five-part “Corporations on Trial” series, and her two-part investigation into the trafficking of Nigerian women into the Italian sex-trade is one of the most-watched People & Power shows ever.

In the last four years, Juliana has also been a pioneering force in producing news games at Al Jazeera, testing whether interactive games can lead a younger audience to be interested in hard news.

In this encounter, Juliana will show Pirate Fishing and Hacked (a web game and a mobile phone investigation) and discuss her process of creating them.

Come to her talk and engage in an open discussion on how to gamify news and make them more appealing to a younger population. Can it work? Is it fun? Come and ask the question yourself.

Please register for this free event on Eventbrite.

Westminster disLAB Presents is a series of free encounters organised by the Digital and Interactive Storytelling LAB MA – a new MA that will start in September 2017.

If you are interested in digital journalism, interactive documentary, apps for social change, educational video games or just digital communication, this series of encounters is for you. The aim is to invite students and young media makers to join the conversation with practitioners, so that together we can start creating the digital stories of the future.

Westminster disLAB challenges the use of digital media to do exciting storytelling. It is about being creative and becoming the storytellers of the future. For this, it is important to be exposed to current practices, be inspired by great makers and dare to innovate ourselves.

By inviting successful digital storytellers to share their current projects and expertise in an informal setting, we hope to bridge the gap between industry and universities. Let’s start our future now.