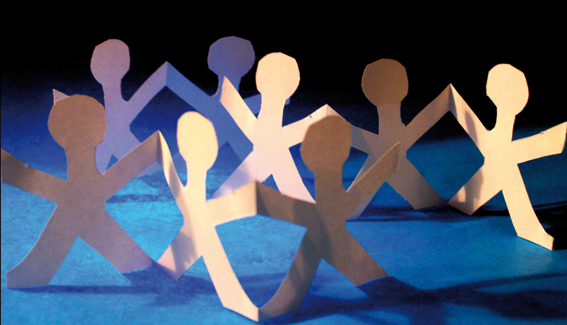 The rise of right-wing populist parties in various countries in the world is going hand in hand with growing anti-immigrant sentiment as well as neoliberal undoing of welfare states. These parties claim to speak in the name of native workers against migrants when in reality the working classes in different countries are themselves diverse. What roles have, and should, trade unions play in accommodating and engaging with migrant workers? How have migrant workers transformed trade unions and made them speak for the diverse workforce? Has trade union activism also allowed migrant workers to challenge practices within their cultural communities?

The Department of Politics and International Relations and Democracy Education Network welcomes you to a discussion on these questions.

She was also an active member of Organisation of Women of Asian and African Descent (OWAAD). Between 2000 and 2014, Amrit was chair of Imkaan, a national network of BAMER refuges and services for women facing violence. Currently she is a member of South Asia Solidarity Group and part of the Freedom Without Fear Platform set up in solidarity with the anti-rape movement in India by Black and Asian women's groups in UK. Her books include Finding a Voice: Asian Women in Britain (London: Virago, 1978) which won the Martin Luther King Award, Dreams Questions Struggles: South Asian Women in Britain (London: Pluto Press, 2006) and The Challenge Road, Women and the Eritrean Revolution (Red Sea Press, 1991). Her recent publications include a detailed analysis of the Grunwick strike.

Consuelo Moreno Yusti is a Unison Representative for the outsourced worker and a key campaigner with SOAS Justice for Cleaners Campaign. She is a strong defender of rights of vulnerable migrant workers. In her own words “I think that migrants bring a lot to UK society. Our contribution is positive. We pay taxes, we bring money to the capital of this country, we do jobs that are important for the economy. For the future, I hope that all workers will be organised and able to fight for equality and justice because everyone deserves to be respected. We should all have equal rights and dignity.”

Dr Farhang Morady is Principal Lecturer in the Department of Politics and International Relations in the University of Westminster.  Dr Morady's research interests lie broadly in the area of the political economy of oil, democracy and development in the Middle East and Central Asia.  With a PhD from the University of Leeds, he has taught at the University of Westminster since 1994 and has received the award of outstanding teacher at least thrice. Dr Morady is currently working on a monograph examining the politics of the US - Iran conflict by examining discourses of 'myth' and 'reality' in foreign policy practice. In addition, he is researching the relationship between neo-liberalism and conceptions of the state in post-revolutionary Iran.

Mohammad Taj was elected as the 145th President of the TUC in 2013.  With that, he became the first Muslim and the first South Asian president of TUC. Taj started working as a bus conductor in Bradford in 1974.He got involved with the Transport and General Workers Union – now part of Unite – when he began to investigate complaints that Asian workers had to pay a bribe to union officials to work on the buses. Taj has also been awarded an honorary doctorate by Bradford University for fighting against the injustice of the 1995 riots that erupted after the long-standing tension between local Asian youth and the police in Bradford.

Talat Bhat is a Swedish based Kashmiri activist, documentary film-maker, and trade union campaigner. He has a Masters degree in Media Production and is researching the impacts of new media technologies in conflict zones.  He is also a member of RåFILM, an activist film collective based in Malmö. He is currently digging up some archives as pre-production work for his upcoming documentary. Talat’s experience with racist and exploitative work culture on cruise ships in 1997 when he came to Sweden prompted him to mobilise non-EU workers in seeking their rights. Due to his work, discrimination against non-EU workers on ships was stopped, which had caused his father to lose his job despite his working on a ship for 23years.

Chair and Organiser: Professor Dibyesh Anand, Head of the Department of Politics and International Relations, University of Westminster (Twitter @DPIRWestminster)

The event is open to all students and staff at the University of Westminster, as well as members of the public. To join us, email [email protected]