The politics of the office - Andreia Alves de Oliveira 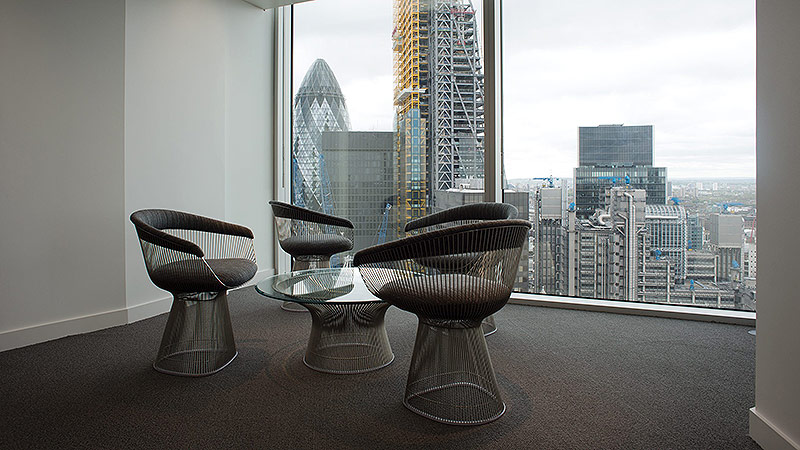 London Gallery West is delighted to present The Politics of the Office, offering a rare opportunity to witness images of London offices that are largely inaccessible to the general public. Underpinned by a multidisciplinary study comprising the history of the modern office, management theory, organisational psychology, and architecture and office design, this extensive research project presents the office as a defining space of industrialised and service-based society, encapsulating power in its varied contemporary forms. The offices shown belong to nearly fifty financial, corporate, and legal institutions in the City and Canary Wharf; access to which was obtained during a period of two years that involved contacting hundreds of institutions.

The office emerged in the nineteenth century alongside the development of photography. Yet despite the prevalence of the office in the visual realm – on screen, in comics, pornography, and art – the documentation of actual offices has been generally limited to architectural photography and that commissioned for commercial purposes, or has focused instead on the representation of office workers. The Politics of the Office therefore constitutes an unprecedented visual investigation into the space of the office, using photography both to examine the power relations enacted through this space, and to intervene in the power structures involved in its representation.