The Age of Secession?: Catalonia, Kosovo and Contested Sovereignty 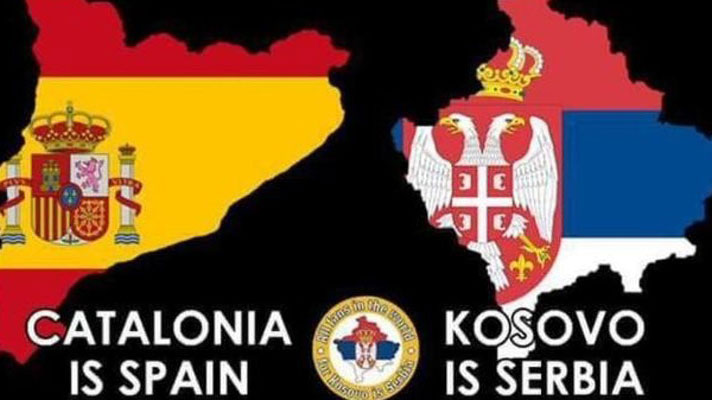 In light of the rise of independence movements globally and the controversial referenda in Kurdistan and Catalonia, The Washington Post recently described the current era as "The Age of Secession". The Department of Politics and International Relations is delighted to welcome two world-renowned experts, Tony Barber and Andrea Lorenzo Capussela, to speak on contested sovereignty in Catalonia and Kosovo respectively.

Tony Barber is Europe Editor and Associate Editor of the Financial Times, and he has recently covered events surrounding the referendum in Catalonia. Andrea Lorenzo Capussela served as the head of the economics unit of Kosovo’s international supervisor, the International Civilian Office, from 2008–11 and wrote of this experience in State-Building in Kosovo: Democracy, Corruption, and the EU in the Balkans.

This event is free and open to all but space is limited.

Register now for a free ticket via Eventbrite.

Tony Barber is Europe Editor and Associate Editor of the Financial Times (FT), based in London. He joined the FT in 1997 and served as bureau chief in Frankfurt (1998-2002), Rome (2002-2007) and Brussels (2007-2010). He took up his present responsibilities in 2011. Previously, Tony was a Reuters foreign correspondent from 1981 to 1989 in the US (New York,Washington and Chicago), Austria, Poland, the Soviet Union, the US again (Washington) and Yugoslavia. He was East Europe Editor, then Europe Editor, at The Independent from 1990 to 1997. Tony received a First Class BA Honours degree in Modern History at St John’s College, Oxford.

Andrea Lorenzo Capussela received a PhD in international law with a thesis on competition policy. After some years in the private sector he served as the head of the economics unit of Kosovo’s international supervisor, the International Civilian Office, in 2008–11, and as the adviser to Moldova’s minister of economy and deputy prime minister, on behalf of the EU.

Since 2014 he has done some voluntary work on the development of a district of Italy’s most depressed region, Calabria, and wrote a book on Kosovo (State-Building in Kosovo: Democracy, Corruption, and the EU in the Balkans, London: I.B. Tauris, 2015) and one on Italy (The Political Economy of Italy’s Decline, Oxford: Oxford University Press, due April 2018).