Stagings Of A Room - Steffi Klenz 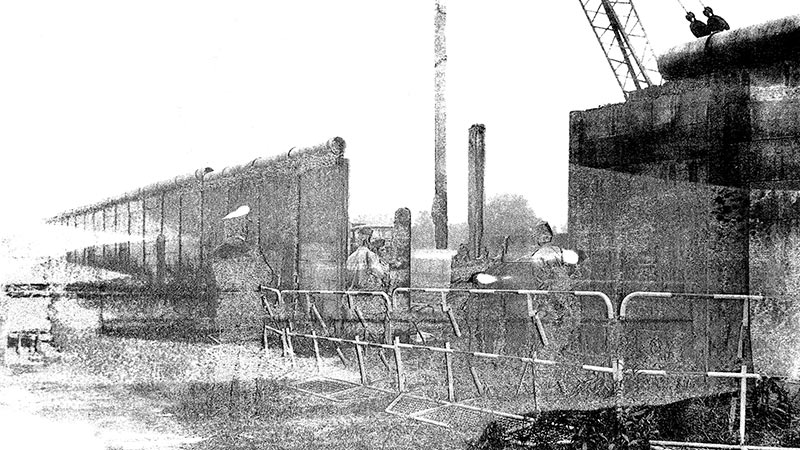 LGW is delighted to present Stagings of A Room, an exhibition of new work by photographic artist Steffi Klenz. Klenz’s practice is preoccupied with the built environment, critically exploring the notion of place and spatiality and uncovering unexpected narratives and embedded traces of history. Moving between expanded notions of photography, Klenz’s practice considers the particularity of the photographic medium and encourages debates about how photographs are produced and rethought.

Klenz’s recent works explore the moment when a photographic image fails to communicate as an index. The fragmented images mediate between figuration and abstraction, allowing the viewer to see only parts of the whole. Each image becomes a space of presence and absence at the same time; what is revealed in one image is concealed in another. Navigating through her sequences of images equally disrupts and reveals the narrational and representational potential of the photographed place.

Beun (2015-16) begins with an Associated Press Photograph of a concentration camp in Ohrdruf, East-Germany, from a private photographic archive in London. Various software programs have been applied to the image, resulting in multiple versions of the same image. By digitally corrupting the image file, the image becomes ruptured, deformed and disfigured into digital codec mismatch. Collapsing time and space, the resulting images re-emerge as the same, yet not-quite-the-same, photograph: recognisable but strangely out of reach.

He Only Feels the Black and White of It (2016) explores the impact of the political dictatorship in the former East Germany. The work is based on a 1973 Associated Press photograph of a damaged section of the Berlin Wall, and depicts East German military guards and border police repairing the Wall following an attack by West Germans in response to the sound of East German guns. Multiple screenprints of the photograph were made, each slightly different. The photograph also triggered reflections on the artist’s own family history, and the text highlights the loss of freedom and identity experienced by her father as a young man in East Germany.

Gallery Talk:
Steffi Klenz in conversation with Jean Wainwright, Professor of Contemporary Art and Photography at the School of Film and Media, University for the Creative Arts. Tuesday 13 December, 1-2pm

Image: Untitled (from the series He Only Feels The Black and White of It, 2016)