Sports and the City Conference 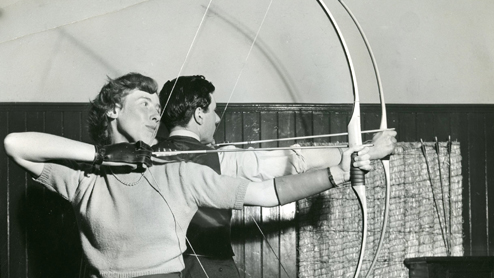 This two-day conference, organised by the Department of Social and Historical Studies will celebrate the sporting heritage of the University of Westminster and mark the role of sports in the social history not only of London but of all cities.

The event will include a reception on 24 April, 6.30-8.30pm, to celebrate the launch of Mark Clapson’s book An Education in Sport: Competition, Communities and Identities at the University of Westminster Since 1864. The book constitutes the second part of the University’s ‘History Project’.

The conference costs £60 for both days, including lunch and the drinks reception on Tuesday 24 April. A student rate of £30 is also available.

To register please contact Anna McNally at [email protected] and details will be given for credit card payment.

About An Education in Sport: Competition, Communities and Identities at the University of Westminster Since 1864 by Dr Mark Clapson

As Britain prepares to host this year’s Olympic Games, a new book from the University of Westminster tells the story of the University’s 130 year history of sport. Its students, members and administrators have won Olympic medals, organised and influenced key Olympic events and helped to bring the Olympics back to London for 2012.

An Education in Sport: Competition, Communities and Identities at the University of Westminster Since 1864 by Mark Clapson, Reader in History, draws on the University’s extensive archives to tell the stories of its sports clubs and facilities that have long been at the heart of London life, producing more than 30 Olympic medal winners and over 100 Olympic competitors.

From the 1880s, the institution was at the forefront of sports development, making an important and fascinating contribution to amateur sports in London, the UK and globally. It was also a hugely important and pioneering centre for women's sports. Athletics, football, rugby, cricket, boxing, netball, fencing, swimming and cycling are all sports at which athletes based at the Polytechnic have been successful.

‘An Education in Sport’ reveals the key role of The Regent Street Polytechnic in organising the opening and closing ceremonies for the 1908 Games, the first to be hosted in London. The Polytechnic Harriers organised the route for the 1908 marathon, establishing the international standard distance of 26 miles and 385 yards that is still used today. The club’s secretary, Jack Andrew, was involved with the race’s dramatic conclusion, helping the dehydrated Dorando Petri of Italy over the finish line. Pietri was disqualified and the second runner, Jim Hayes of the USA, was declared the winner. Such was the popular support for Pietri that he was presented with a special medal by Queen Alexandra. Members of the Polytechnic’s athletics, cycling and boxing clubs all won medals at the 1908 Olympics, with Charles Henry Bartlett winning gold in the 100km cycling.

Some of the finest athletes of the 20th century have competed for the University and its predecessors, including Olympians such as Arthur Wint of Jamaica and Emmanuel McDonald Bailey of Trinidad, Violet Webb, Thomas Lance, Harry Ryan, George Albert Hill, Dame Mary Glen-Haig and David Ricketts. Alan Pascoe MBE – a member of the Polytechnic Harriers athletics club – won silver in the 4 x 400m relay at the 1972 Games in Munich. More recently, as Vice-Chairman to Lord Coe, he played a key role in the successful British bid to host this year’s Games.

Today, the sporting facilities at the University of Westminster owe a great deal to a sporting culture that began during the Victorian years and expanded during the twentieth century. It is a sporting heritage that is still very much alive.

‘The London 2012 Olympic and Paralympic Games are an opportunity for London to showcase its unique multiculturalism, together with its cultural and sporting heritage, a heritage that the University of Westminster most definitely shares with its home city. As Chair of PODIUM, the Further and Higher Education Unit for the London 2012 Games, I am pleased to continue the Westminster tradition of engagement with the Games and to contribute in a small way to building a legacy from the 2012 Games by promoting opportunities, fostering collaborations and enhancing experiences.’