Sir Sherard Cowper-Coles: What do the Arabs Really Want? 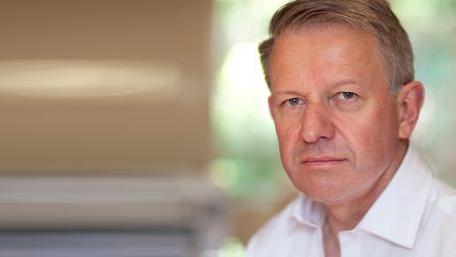 Westminster Talks is proud to continue the series with a talk by Sir Sheldon Cowper-Coles.

“Reading Aristotle at university, I was often struck how the Oxford Classical Text would give alternative readings of a difficult passage in Arabic almost as often as in Ancient Greek. This was a reminder of how, after the decline of Athens and Rome, the torch of learning passed to the West via the great universities of the ancient Middle East: Alexandria, Baghdad, Cairo and Damascus, to name just a few of the centres of the Arab academy. As we grieve for the agonies of the modern Middle East, I am quite sure that the only real way in which we in the West can, and should, and must, repay our debt to Arabia is through education. Education for everyone, for children above all, for women, for those with a practical cast of mind rather than an academic one. In doing so, we help correct the great educational deficit identified by the extraordinary Arab Human Development Report of 2002 – written by Arabs, about Arabs, for Arabs. The University of Westminster knows better than anyone, supporting the lost generations of today’s Arab world is about education, education, education!”

Sir Sherard Cowper-Coles joined HSBC Holdings in October 2013 as Senior Adviser to the Group Chairman and Group Chief Executive. In May 2015, he was appointed to a new post as Group Head of Government Affairs. He is also a Director of HSBC Bank Egypt SAE.

Before HSBC Sherard worked for two and a half years as Business Development Director International at BAE Systems plc. Earlier he spent over 30 years in the British Diplomatic Service, which he joined straight from reading Classics at Oxford. He served in Cairo, Washington and Paris. He was also Principal Private Secretary to the UK Foreign Secretary, the late Robin Cook, and was Head of the Foreign Office Hong Kong Department from 1994 up to the handover to China in 1997. His final diplomatic jobs were as Ambassador to Israel (2001–2003), Ambassador to Saudi Arabia (2003–2007), Ambassador to Afghanistan (2007-2009), and the UK Special Representative for Afghanistan and Pakistan (2009–2010).

Sherard is also Chairman of the UK Financial Inclusion Commission; an Ambassador for the Money Advice Trust; member of the Board of the China-Britain Business Council, the Egyptian British Business Council, and the Saudi British Joint Business Council; UK Chairman of the Omani-British Friendship Association (business council); a Committee Member of The Hong Kong Association; and a Board Member of Asia House. He is President of the Algeria British Business Council, Chairman of the UK Advisory Council, LSE Confucius Institute for Business London, and of Pitzhanger Manor & Gallery Trust. He sits on the International Engagement Committee of the British Academy. He is an Honorary Fellow of Hertford College, Oxford, and President of the Jane Austen Society. He has an honorary D. Litt. from the University of Westminster and is a Liveryman of The Skinners’ Company.

Sherard is the author of two books about his diplomatic experiences: Cables from Kabul and Ever the Diplomat. He speaks French and Arabic, some Hebrew and rudimentary Pashtu.