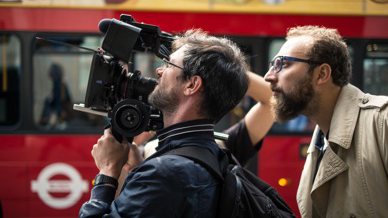 We will be screening two of Luca Vullo’s documentaries on Italian emigration: From Sulphur to Coal and Influx - Europe is Moving.

From Sulphur to Coal is a documentary on the historical emigration of thousands of miners and their families from Italy to Belgium at the end of World War II following the 1946 Italo-Belgian Agreement.

London has never attracted so many Italians as in the last few years. In a period when European immigration is continuously debated in politics, Influx - Europe is Moving is told through the perspective of well-established Italian immigrants. It reveals the strengths and weaknesses of Italians, showing the uniqueness of their mentality as well as their contradictions.

The screening will be followed by a Q&A with the director Luca Vullo and Professor Nicola Mai (University of Kingston). Some of the people interviewed for the documentary Influx will also be present.

About the director: Luca Vullo is a versatile artist with a penchant for filmmaking and audio-visual art. His movies reveal a great sensitivity towards social and anthropological issues; at the same time, his work displays originality and technical savviness throughout the creative process: development, scriptwriting, direction, editing and production.

Luca recognizes the educational value of audio-visual art and has been successfully involved in Media Education for several years amidst a wide variety of settings: primary and secondary schools, non-profit associations, social cooperatives, correctional facilities and rehab communities.

The event will be chaired by Dr Federica Mazzara (University of Westminster). For further information please contact: [email protected]

The event is free and open to the public.