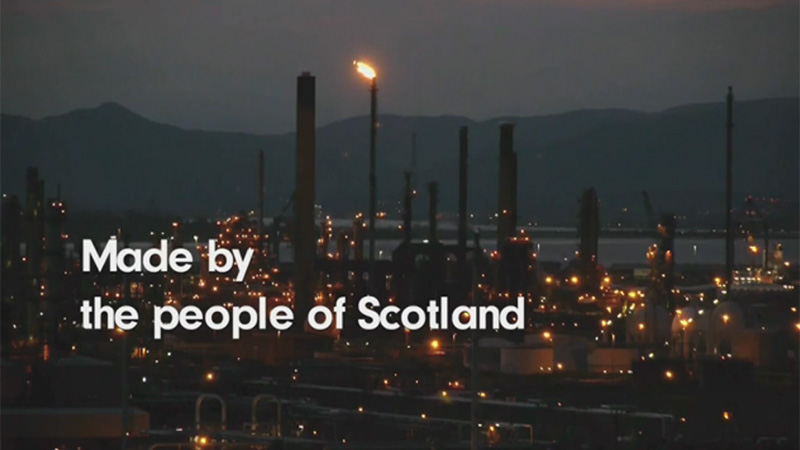 The Centre of Experimental and Documentary Film/DocWest, the Creative Media Academy of the University of the West of Scotland and Lansdowne Productions in conjunction with Birkbeck Cinema would like to invite you to a FREE screening and discussion of the mass participation documentary 'We Are Northern Lights'.

With only weeks to go before the people of Scotland cast their vote on whether or not to remain as part of the United Kingdom there seems no better time to reflect upon a documentary that aspires to be a digitally democratic representation of the Scottish people.

The 'We Are Northern Lights' documentary project took place over three months in 2012 and invited the people of Scotland to submit footage of the places, people and thoughts most important to them. The project engaged over 70,000 people and received over 300 hours of footage. The resulting feature documentary was the first ever Scottish documentary to receive a theatrical release within the cinema multiplex chain, Cineworld.

Whilst experiencing commercial and critical success in Scotland, including a BAFTA Scotland nomination, the film has never before been screened in England.

For this unique screening we will be joined by Professor Nick Higgins, the project’s producer and the film’s director, to discuss the film and identity politics on the eve of the Independence vote.