Public Space and the Role of the Architect and Monsoon Assemblages 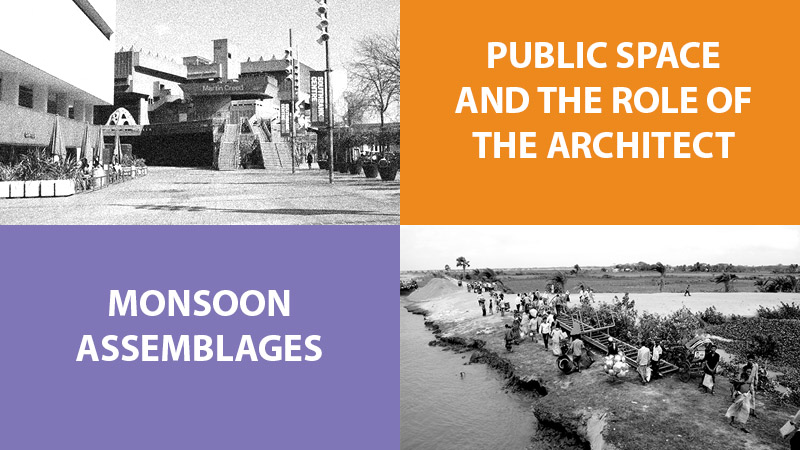 The Faculty of Architecture and the Built Environment will be launching two exciting new grant funded research projects.

Professor David Dernie, Dean of FABE will introduce the two projects and Professor Geoff Petts, Vice Chancellor will situate them within the University’s Research Strategy. The event will be chaired by Professor Harry Charrington.

This Anglo-Brazilian research project examines the often neglected role of the architect in the production of public space in London and São Paolo. The project is supported by the UK Arts and Humanities Research Council (AHRC) and Fundação de Amparo à Pesquisa do Estado de São Paulo (FAPESP). The British Council is an institutional partner providing support for the different review stages of the project in both countries.

This project us a comparative study of influential modernist and contemporary examples in London and São Paulo (PS) is a three-year research project in partnership with members of the Faculty of Architecture and Urbanism at the University of São Paulo. It takes advantage of the complex and often spectacular legacy of architectural modernism in both cities as a way of reflecting historically on contemporary public spaces, and on the changing role of the architect in their production. In a context of growing demand for greater democratic authorship and ownership of the public realm, the project examines the role of design, and asks whether designers need a better understanding of what public space means, and whether present procurement processes deliver the highest quality public spaces. If public space is co-constituted, then attention needs to be paid to spaces as well as publics.

Monsoon Assemblages is a five-year interdisciplinary research project investigating the impacts of changing monsoon climates in three of South Asia’s rapidly growing cities, Chennai, Delhi and Dhaka. The project challenges the dominant view of the monsoon as a natural meteorological system distinct from society. Instead it proposes that the monsoon is a co-production of physical and social dynamics entangled within historic lived environments that can be analyzed, worked with, shaped and changed. An interdisciplinary team bringing together the spatial design disciplines and the environmental humanities has been assembled to develop a novel research methodology around the operative concept of Monsoon Assemblages. This aims to produce knowledge of and design strategies for urban environments as more-than-human, monsoonal ecological systems that operate across multiple scales and through media that are indivisibly natural, social, political and technological.

The event is free and open to the public. Register on Eventbrite to attend.