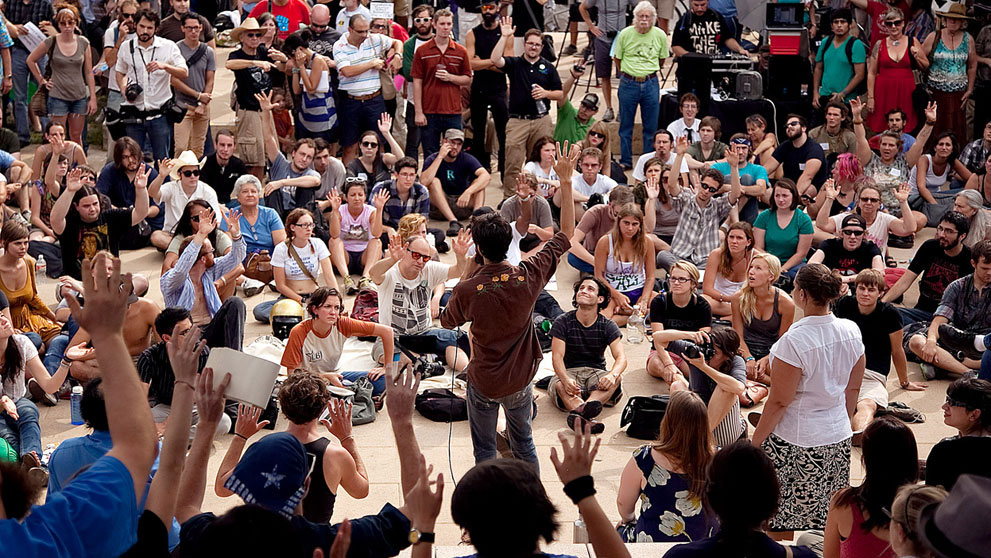 This interdisciplinary symposium invites doctoral and postdoctoral researchers working on participatory spaces to come together to generate new and deeper understandings of novel forms of organisation.

We are witnessing the rise of new forms of citizen participation within and beyond state institutions, resulting in a vivid sphere of political activity. This phenomenon is reflected in current academic research. On the one hand, the study of democratic innovations is rich in empirical findings on novel participatory formats all around the world, such as mini-publics and participatory budgeting, sponsored typically by state agencies. On the other hand, research on new social movements, citizens’ initiatives, and unconventional forms of participation such as flash mobs, online protest, and hacktivism, examines practices of collective action in open assemblies, online discussions, smart mobs etc.

However advanced the research in both fields, academic conceptualisations rarely consider both forms of participation in comparison. The notion of participatory spaces is an exception to this rule (Busse 2016, Cornwall 2004, Gaventa 2007). Here state and civil initiatives are conceptualised as invited spaces enabled by governments and claimed spaces generated by citizens. While differentiations are drawn, nevertheless these two broad forms of participation have family resemblances conceptually and practically and there are opportunities for meaningful comparative analysis.

View our slideshow of images from the event