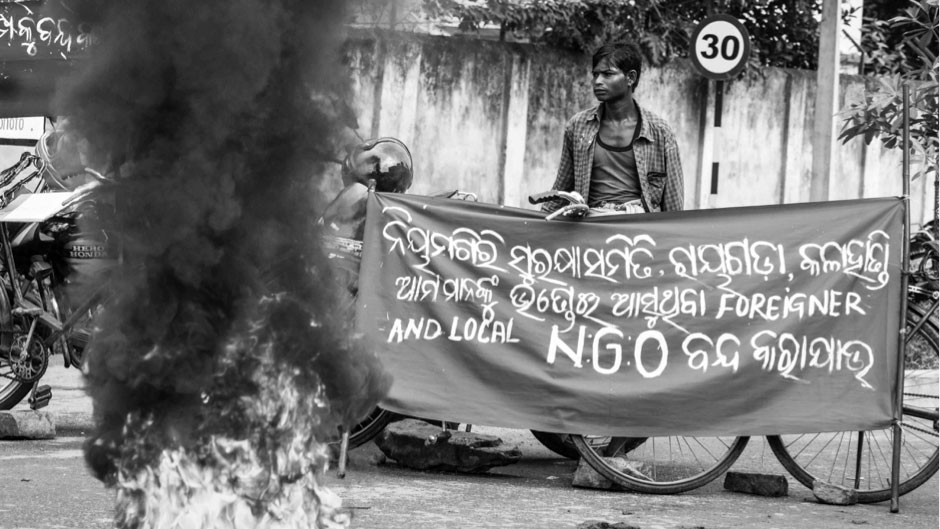 While scholars focus attention on London as the centre of mining finance, mostly non-white and often indigenous communities are suffering the effects of a global mining industry which retains its colonial legacy of environmental racism and resource exploitation. The imperial powers remain clearly visible in Zambia where fishermen and farming communities are fighting a decade-long battle against severe ongoing pollution by a subsidiary of British miner Vedanta Resources Plc – an opaque company controlled by majority shareholder Anil Agarwal. In the Eastern Ghats of India the company's operations are sited around some of the most vulnerable indigenous people, who have fought back and won legal victories, setting important precedents – but the battle is not over yet.

Prominent Foil Vedanta activists will discuss how we can understand the operations of mining companies in the internet age, when activists and communities on the ground regularly expose ongoing human rights violations through social media. Through cutting-edge research and a global network of affected communities, Foil Vedanta targets the London based FTSE-250 Vedanta Resources, highlighting it as a key example of opaque and imperial mining capitalism.

Samarendra Das is a full-time independent scholar, film-maker and activist who has been exposing the unjust nature of extractive capitalism via his involvement with social movements in India and elsewhere over the last 24 years, especially the struggle of the Dongria Kond tribe to save the sacred Niyamgiri mountain from British mining company Vedanta's bauxite mine in his home state of Odisha.

He is the author of Out of This Earth: East India Adivasis and the Aluminium Cartel (2010) with co-author Felix Padel, as well as multiple articles, pamphlets and book chapters in Odiya and English, and award-winning documentary films such as Earth Worm Company Man (2005). He formed Foil Vedanta as a London-based international solidarity group to hold Vedanta to account and make the movements against this company in India and Africa visible. He has travelled to Trinidad and Tobago, Iceland, Greenland, Zambia and all over Europe informing people's movements, politicians, lawyers and investors on the global mining industry and effective resistance to it.

Miriam Rose is an activist and researcher on the mining and metals industry. Her involvement began in 2006 with Saving Iceland, an international protest movement working to stop a series of aluminium smelters that would dam Iceland's rivers for hydroelectric power. She acted as a spokesperson and public figure for the group, and was imprisoned and threatened with deportation in 2007.

Since 2008 she has been a key member of Foil Vedanta. She published a groundbreaking report called 'Copper Colonialism: Vedanta KCM and the copper loot of Zambia', co-authored with Samarendra Das, as well as other articles on the web and in local and national magazines. Miriam also co-founded the Scottish Kinship Care Alliance, a national campaign for the rights of family and friends' carers, and has been a campaigner on the issue, supporting the carers themselves to fight for their rights.

The event is open to all students and staff at the University of Westminster, as well as members of the public. RSVP to [email protected].

This event is part of the Department of Politics and International Relations in Action series, based on the Centre for the Study of Democracy's Post-colonial politics, development and emerging powers research theme. In addition to other issues, this investigates how religion, history, territoriality, political economy, militarisation, democratisation and resistance have contributed to a volatile politics that disconnects states and people. The explicit focus is on engagement with communities and impacting upon public debates around these contentious subjects.