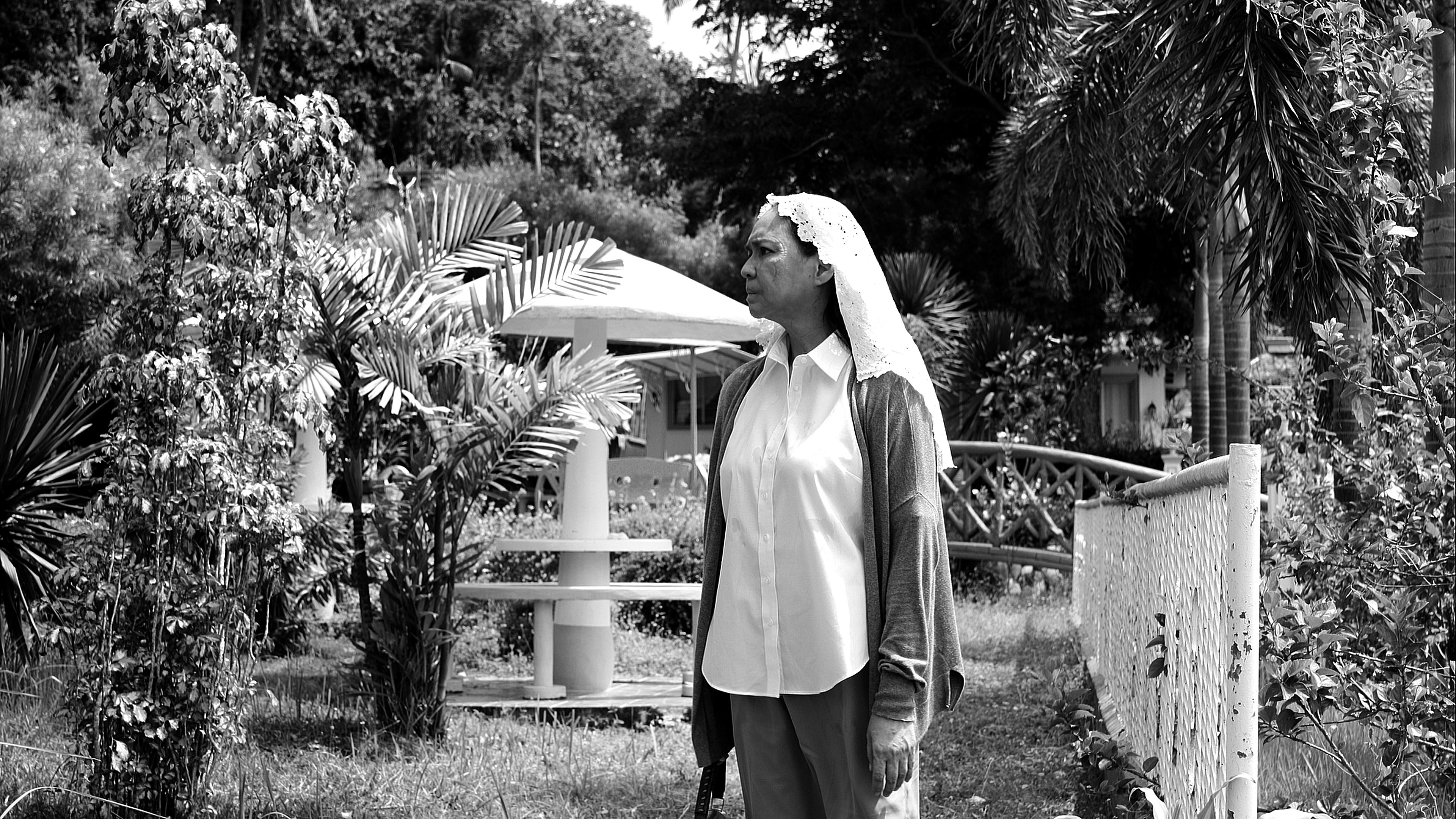 London Gallery West is proud to be the first London venue to present six films by Lav Diaz, one of the greatest radical artists of contemporary cinema. For this exhibition the gallery space will be transformed into an inviting cinema environment to screen a rotating programme of Diaz’s extraordinary epics.

Independent Filipino filmmaker Diaz describes himself as a storyteller who makes films about the struggles of his people. His films tell quiet tales of everyday sorrow and resilience, and of the existential quest of a people betrayed by the postcolonial nation state. His films demonstrate a radical reworking of melodrama that extends the possibilities of cinema by combining physical cinematic realism with poetry, modernist literature, painterly landscape, musical improvisation, theatrical performance, ritual intensity and duration.

Shot mostly in black and white, Diaz makes notoriously long films with the economy of means afforded by digital. Diaz’s method of filmmaking exemplifies an organic process that merges fictional storytelling with the material density and tempo of the locality of shooting. Astonishing rhythmic pacing creates a powerful dialectic between the microscopic gestures and steadfast movements of powerless bodies, the immensity of natural and historical forces, and spectral presence.

Diaz was winner of the Golden Lion at the 2016 Venice Film Festival, the Silver Bear Alfred Bauer award at the 2016 Berlin Film Festival, among other prestigious prizes. He is a Radcliffe–Harvard Film Study Center Fellow. Retrospectives of his work have recently been held at the Jeu de Paume museum, Courtisane Festival, and the Film Society of Lincoln Center.

A programme of talks will take place throughout the exhibition and Diaz will be in attendance in March for an international symposium on his films and artistic practice hosted by the Centre for Research and Education in Arts and Media.

27 January–2 February, start times 9am and 3pm
From What is Before (2014), 338 minutes
Philippines 1970, two years before the declaration of martial law. A poet returns to his village.

3–9 February, start time 10am
Heremias (Book One: The Legend of the Lizard Princess) (2006), 510 minutes
A timid yet resolute vendor seeks answers about the theft of his cow.

10–16 February, start time 10am
Death in the Land of Encantos (2007), 540 minutes
Shot in the Bicol region immediately after a devastating typhoon. A left intellectual and poet returns from Russia to his hometown.

17–23 February, start times 9am and 3pm
Batang West Side (2001), 300 minutes
A Jersey cop investigates the murder of a young Filipino on West Side Avenue

24 February–2 March, start time 10am
A Lullaby to the Sorrowful Mystery (2016), 485 minutes
A cinematic dialogue with José Rizal’s foundational Filipino novel El Filibusterismo, set during the Spanish crushing of Filipino independence. The wife of revolutionary leader Andres Bonifacio searches in the forest for his body.

3–12 March, start times 10am and 3pm
The Woman Who Left (2016), 226 minutes
Inspired by Tolstoy’s God Sees the Truth, But Waits. A woman wrongly imprisoned is released after 30 years and goes in search of the man who put her there.

Accompanying the screening programme is a wide-ranging conversation series with artists, academics, curators and exhibitors in response to Diaz’s films.

4 February, 2pm
Award-winning Filipino contemporary artist Pio Abad will be in conversation with the exhibition curators on the significance of Diaz’s films and mode of artistic practice in the contexts of contemporary cinema and national political history.

12 February, 2pm
Diaz’s films have come to be associated with slow cinema. Film theorist Tiago de Luca will be in conversation with curator Dan Kidner about the theoretical and curatorial value of such terminology.

18 February, 2pm
Diaz’s films carry the legacy of third cinema and their critical exploration of political messianism. Film theorist Professor Lucia Nagib and art historian Professor Ashley Thompson will discuss the entanglement between the aesthetically radical and the theological.

The talks are free of charge but places are limited so RSVP is essential.

Diaz will be in attendance for an international symposium on his films and artistic practice and the broader issues they raise. As part of the symposium there will be a special screening and conversation on Sunday 5 March in collaboration with MUBI.

Full details can be found on the Symposium event page.

Book to attend a special 35mm cinema screening of Batang West Side (2001, 315 minutes) followed by a Q&A with Lav Diaz in person.

London Gallery West showcases the media, art and design work of our current students and alumni, and plays host to renowned local, national and international artists. It forms a focal point for the campus and is an inspirational destination for students, staff, and the wider public.

Collaborations with high profile galleries and local arts groups ensure London Gallery West plays a key role within the art community and beyond.