Harrow Conversations: How to make great and funny comedy 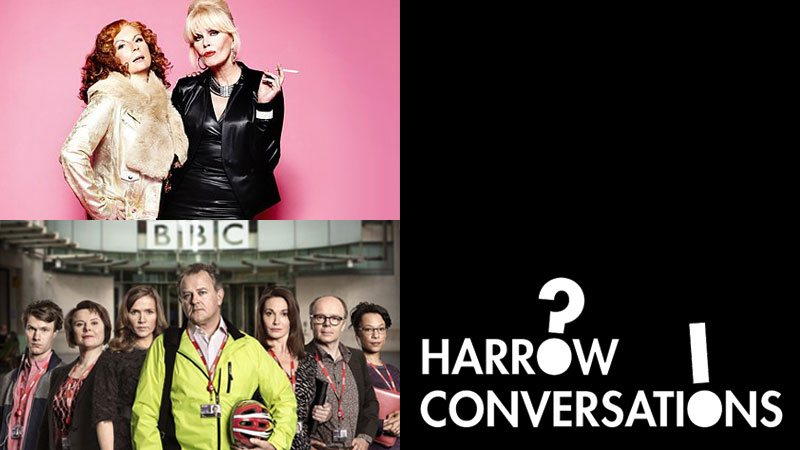 Jon Plowman - Executive Producer of 'W1A', 'Ab Fab' and 'The Vicar of Dibley'

Jon Plowman is quite simply a TV comedy legend. He has produced 'Ab Fab', 'The Vicar of Dibley', '2012' and, earlier this year, 'W1A', a satire on the BBC. Come and hear him take comedy very seriously.

Phillip Jon Plowman OBE (born 1953 in Welwyn Garden City, England) has been a producer at the BBC since 1980, when he produced Russell Harty's chat show 'Harty'. He moved on to executive producing at the BBC in 1986, working on sketch show 'A Bit of Fry and Laurie', and became head of comedy entertainment in 1994, mainly responsible for sketch shows.

Plowman was educated in Welwyn Garden City and at University College, Oxford, where he was a member of the University College Players and made friends with others who went on to establish successful careers in comedy. One, Mel Smith, directed Plowman in a production of 'Rosencrantz and Guildenstern Are Dead'. After Oxford, Plowman followed Smith to the Royal Court Theatre, where he met the director Lindsay Anderson. Plowman worked in theatre for a while, then joined Granada TV.

He was responsible for producing and commissioning programmes produced in-house at the BBC, of which the greatest successes include 'The Office' and 'French & Saunders'. Plowman became head of comedy in October 2005, and oversaw  the BBC's in-house comedy production, but no longer commissions programmes. In June 2007, Plowman announced he was quitting his staff post at the BBC after 27 years.

In 2003, The Observer named him in its list of the '50 Funniest or Most Influential People in British Comedy'. In 2006, he was honoured with the 'Judges' Award for Outstanding Contribution to British Television' at the Royal Television Society awards. Plowman was appointed Officer of the Order of the British Empire (OBE) in 2013 for services to British comedy.

In the last two years alone he produced or exec produced ‘Twenty Twelve’ and ‘London W1A’.