Deployment of the term ‘crisis’ increasingly extends beyond politics and the economy, touching areas as diverse as demographic ageing and mental wellbeing. Indeed it is now necessary to understand our environmental systems, from the ‘Sixth Great Extinction’ to the increasingly mundane feature of ‘extreme’ weather events. 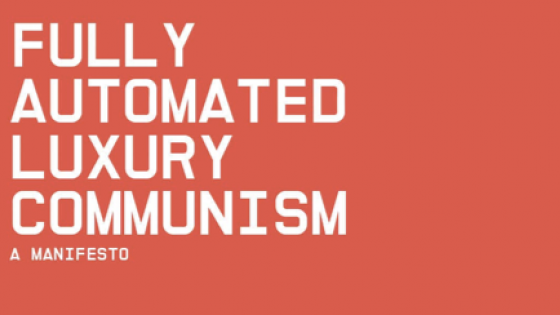 Principal in catalysing this broader shift has been a decade of economic stagnation following the Global Financial Crisis of 2007. UK wages remain below pre-crisis levels, while demand for food stamps in the US is historically high. The Eurozone has seen lower growth as have the previously insurgent ‘BRICs’, with Brazil, Russia and India seeing economic under-performance accompanied by the rise of ultra-nationalist politics. Even in China, growth rates are at their lowest for twenty-five years.

Yet the events of the last decade should be viewed as the first wave of a broader disorder which will jeopardise the very survival of market capitalism. The scope and scale of climate change, automation and demographic ageing being on a par, at the very least, with the faltering economics of neoliberalism.

It will also be claimed, however, that concurrent with such challenges is the emergence of a raft of technologies whose possibilities match those of the steam engine and fossil fuels at the outset of the Industrial Revolution. Examining the work of Marx, Keynes, Romer and Drucker, it will be proposed that what is now taking place is the transition from one ‘mode of production’ to another, much as between feudalism and capitalism 250 years ago. But while the availability of new technologies could permit us to meet the challenges of the coming century, that will only be possible with a seismic shift in social relations, ideas and relationships to nature.

Aaron Bastani (@AaronBastani) is the co-founder of Novara Media and the author of Fully Automated Luxury Communism (Verso Books, 2019).

While completing his PhD in political science at Royal Holloway College, Aaron began Novara Media. Described by the Financial Times as “at the heart of a rose emoji world built on Facebook, led by Twitter, linked by WhatsApp and flipped by YouTube into getting out the vote”, Novara is one of Britain’s leading new media outlets, taking radical politics to a mass audience.

Aaron’s PhD tracked the use of digital media by various movements in the context of austerity Britain – and how their application shaped ideas and practices of leadership, democracy and influence. On completing his PhD Aaron also became a freelance journalist writing for, among others, the Guardian, the New York Times, the London Review of Books and Le Monde Diplomatique.

Fully Automated Luxury Communism has been described by the Financial Times as offering “a snapshot of the new radical narrative that would frame the programme of government of an incoming Prime Minister Corbyn”.