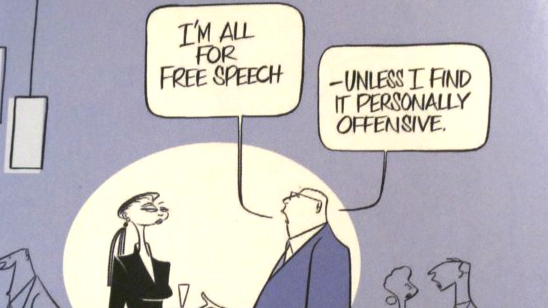 We are delighted to host human rights activist and writer Gita Sahgal (Amnesty, Centre for Secular Space), and Journalist and writer Caroline Fourest (Charlie Hebdo, Politico, author of In Praise of Blasphemy) in discussion on the matter of “Freedom of Speech”.

This is the first in a series of critical thinking events hosted by the University of Westminster's Secular Adviser, Isabel Millar, of the Secular and Interfaith team.

These are some of the questions we will be asking at this very first event in the series of critical thinking workshops. The aim is to give students and staff the chance to raise the issues important to them as part of our diverse, cosmopolitan and inclusive Westminster community.

With brief presentations followed by an informal discussion we will address some of the questions and problems that arise from the much contested, and deceptively complex, concept of free speech.

The workshop will take place in Cayley Room 152-153 on the Regents Street Campus. It's a free event and is open to the general public.

Come along and have your say!