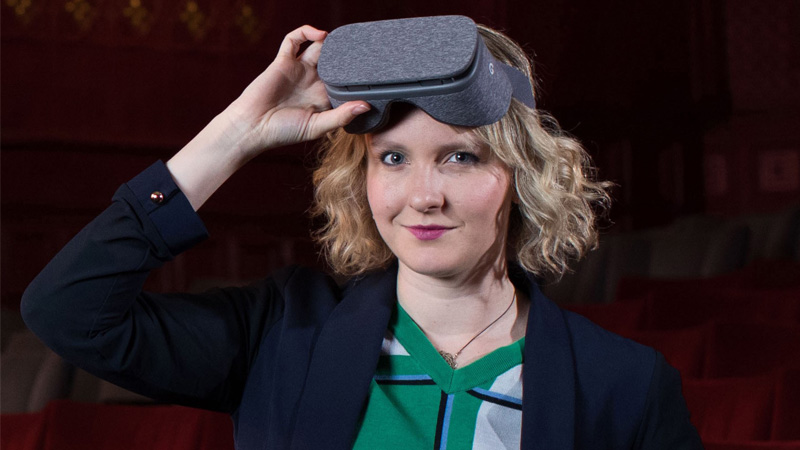 There is an unexpected fear factor that can make or break your VR experience's journey into mainstream culture, which guest speaker Catherine Allen, VR Producer and Curator, will explore.

You've spent months making your latest VR experience; developing it into something you think will be of huge value to your audience. You and your team are brimming with hope and hype. However, as we have seen with video games, new forms of media can sometimes trigger sensationalised fear and worry from the mass media and then, the public – a phenomena that sociologists describe as 'moral panic'. We've seen it before with technology ranging from the telegram to the telephone to television. Essentially, if a new form of media changes our relationship with time, space and each other, then the conditions for moral panic are ripe.

VR is the perfect moral panic case study, as we are seeing this phenomena begin to happen in front of our eyes. Using VR as a reference point, Catherine will demonstrate how the knowledge of a new technology's very existence can bring out society's deepest hopes and fears about humanity's future.

Join us on Tuesday 28 November and meet Immersive Media Specialist Catherine Allen, one of the most promising VR talents in the UK today, the woman who co-produced BBC's VR Easter Rising: Voice of a Rebel experience. Stay after the talk, and network with attendees enjoying a FREE drink!

Catherine Allen led the creation of two of the BBC's first VR experiences and now curates VR for the UK's leading arts venues. Her work is known for bringing VR to broader audiences who wouldn't describe themselves as early adopters. She is part of the BAFTA VR advisory team, sitting on the education committee, and has judged VR for Sheffield Doc Fest, Encounters and Raindance film festivals. Catherine produced one of the BBC’s first VR documentaries, Easter Rising: Voice of a Rebel, which has toured festivals globally, showed for six weeks at the National Theatre in London and was described by Broadcast Magazine as 'genre-defining'. Before VR, Catherine worked at acclaimed app publisher, Touch Press, winning a BAFTA on the Disney Animated app, with Disney Interactive.

“disLAB presents” is a series of free encounters organised by the Digital and Interactive Storytelling LAB MA  at the University of Westminster.

If you are interested in digital journalism, interactive documentary, apps for social change, VR, educational video games or just digital communication, this series of encounters is for you. The aim is to invite students and media makers to join the conversation with practitioners, so that together we can act as a creative community.

disLAB challenges the use of digital media to do exciting storytelling. It is about being creative and becoming the storytellers of the future. For this, it is important to be exposed to current practices, be inspired by great makers, help each other and dare to innovate. By inviting successful digital storytellers to share their current projects and expertise in an informal setting, we hope to bridge the gap between industry and universities. Let’s help each other!

Register for this free event on Eventbrite.