Digital Demagogue: Authoritarian Capitalism in the Age of Trump and Twitter 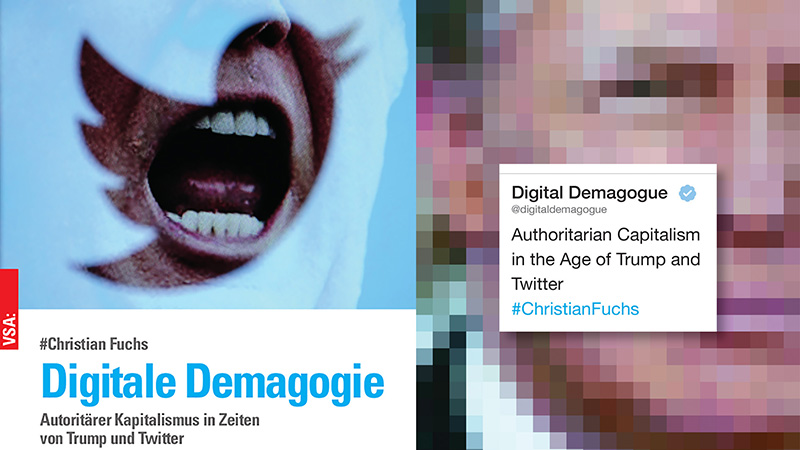 WIAS, CAMRI and Pluto Press are pleased to invite you to the book launch of “Digital Demagogue” by Professor Christian Fuchs.

Christian Fuchs will be giving an introduction to “Digital Demagogue”, a timely and topical study of the expressions of ideology, nationalism and authoritarianism in the age of big data and social media. He will further discuss the prospects for overcoming capitalism and renewing the Left.

We are all familiar with the ways that Donald Trump uses digital media to communicate, from the ridiculous to the terrifying. This book digs deeper into the use of those tools in politics to show how they have facilitated the rise of authoritarianism, nationalism, and right-wing ideologies around the world.

Media like Twitter have been used to spread right-wing ideology far and wide and make it seem like an ordinary part of contemporary political discourse. Fuchs diagnoses this problem in stark terms, but he does not stop there: he also lays out ways to fight it and analyses the prospects for pushing past capitalism and renewing the Left.

Christian Fuchs is Professor at the University of Westminster. He is Director of the Communication and Media Research Institute (CAMRI) and the Westminster Institute for Advanced Studies (WIAS). His fields of expertise are critical digital & social media studies, Internet & society, political economy of media and communication, information society theory, social theory and critical theory. He has published extensively and is co-editor of the open access journal tripleC: Communication, Capitalism and Critique.