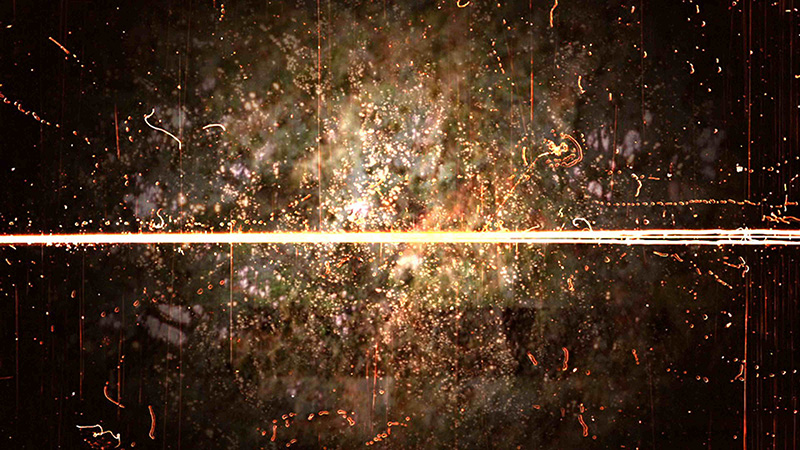 London Gallery West is delighted to present the works of celebrated Japanese artist and filmmaker Takashi Makino. The artist’s first international solo exhibition will feature his Pulfrich 3-D double–projection film installation Space Noise, a projection of still in cosmos – in collaboration with drone musician Jim O’Rourke, and a presentation of his collage works on paper for the first time outside of Japan.

Filming on Super8, 16mm, 35mm and digital cameras, Makino digitally manipulates and intermeshes his footage in an approach unique to the transitional period in cinema we are experiencing today. While steeped in the tradition of abstract filmmaking represented by the likes of Stan Brakhage, Makino’s cinema marries the analogue and the digital. His ever-evolving performance–installation Space Noise exemplifies his tendency towards such collisions, overlapping digital and 16mm film projections. The presentation positions the formats in stark contrast yet proposes that co-existence could and should take place.

Supported by the Japan Foundation.

Admission is free and open to all, but places are limited and early booking is encouraged.

With thanks to Tate Modern and the Japan Foundation for their support.