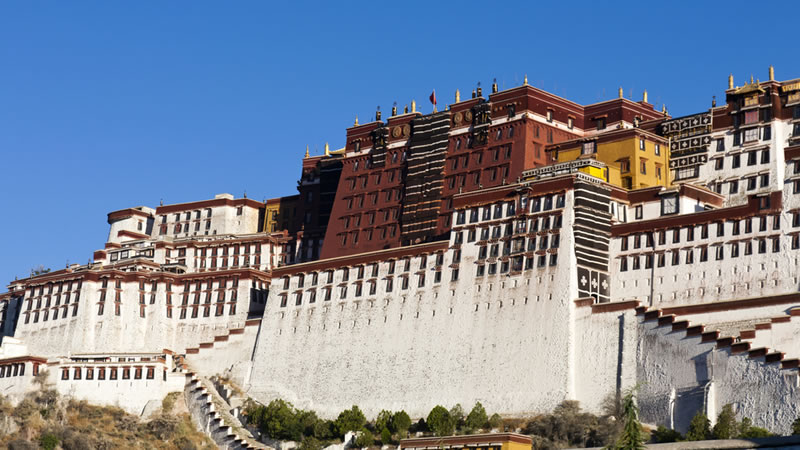 Three themes best capture the complexity of contemporary Tibet. First, the politics of development, transformation, change and transition is a fact of life for the Tibetans today. ‘Development’, along with ‘stability’ enforcement, has been the centre piece of China’s Tibet policy since 1978. Unsurprisingly, the language of development is one of the key justifications used by the Chinese to legitimate their rule over Tibet; unsurprisingly, because the language of development/modernisation has been an age-old discursive tool used by imperialists and colonialists of all stripes. The politics laden language and practice of development notwithstanding, the Tibetans both inside and outside have to adapt to various transformations. The second theme is a ‘culture of resistance’. The Tibetan regions have of course experienced cycles of repression and resistance since 1949, but since the general uprising in 2008, the Tibetans have made most aspects of their lives, from the ‘mundane’ act of farming to the high arts of music, poetry and modern art, part of their resistance effort and used various instruments, from lyrical voices and poetry and flowing pens to burning bodies in their practice of resistance. In keeping with the recent definitions of culture, one can safely posit that resistance has become integral to Tibetan culture. Conversely, it can also be postulated that Tibetan culture has engendered uniquely Tibetan forms of resistance. Between the parameters of development and resistance, many other things are happening on the Tibetan plateau that point to a crisis of multiple dimensions. The third theme is the international dimension of the Tibet question. How Tibet is represented, perceived and engaged with in the international arena, especially in the West and in India, is crucial because it affects not only the claims of who has legitimacy over Tibet but also the lives of the Tibetan diaspora. Given this complexity, only a joint, multi-disciplinary scholarly effort can make sense of this multi-faceted reality; hence, this conference.

This one-day conference will consist of three panels.

Dr Dibyesh Anand is Head of Department of Politics and International Relations at the University of Westminster. He is the author of ‘Geopolitical Exotica: Tibet in Western Imagination’, ‘Hindu Nationalism in India and the Politics of Fear’, and numerous articles and papers.

Imogen Clark is a doctoral candidate at Oxford University, specialising in material anthropology and museum ethnography with focus on the Tibetan diaspora. She has recently returned from 13 months of fieldwork in the Tibetan refugee communities of Dharamsala and Ladakh, India.

James Connell is a PhD Candidate with the International Development Department at the University of Birmingham. His research explores themes of political violence, cultural trauma and youth consciousness among Tibetan refugee youth.

Dr Lama Jabb is Junior Research Fellow in Tibetan and Himalayan Studies, Oxford University. Currently, he is studying the genre of Tibetan bird stories within its broader cultural framework, particularly focusing on the volume The Treasury of Intellect: Narrating the Worldly tale of the Winged Ones.

Seokbae Lee is Visiting Lecturer in the Department of Politics and International Relations at the University of Westminster in London. He is currently conducting doctoral research on China-India relations and Tibet.

Dr Martin A. Mills is Head of Anthropology at the University of Aberdeen and Co-Director of the Scottish Centre for Himalayan Research. He is a member of the Scottish Parliament’s Cross Party Group on Tibet.

Kate Saunders is a writer and Communications Director for the International Campaign for Tibet. Kate's articles have been published in leading British, American and Asian newspapers and magazines. She has authored or co-authored numerous reports on Tibet and the book Eighteen Layers of Hell: Stories from the Chinese Gulag (Cassell, 1996).

Katia Tzarkova Pisetzky is a PhD Candidate at SOAS, University of London. She is studying contemporary transnational Tibetan literature and the ways in which Tibetan writers construct a national identity through the literary imagination.