Brexit, Second Referendum, European Elections: The State of the Nation

Phillip Lee MP will speak at the University of Westminster 8 days before the European Parliament Elections. 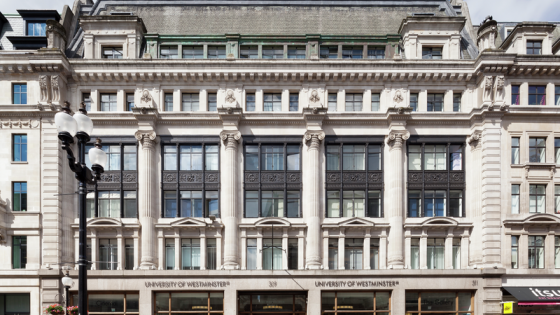 Phillip Lee MP, the first minster to resign from the Government in June 2018 over its handling of leaving the EU, and Chair of the centre-right group, Right to Vote, will speak at the University of Westminster 8 days before the European Parliament Elections. He will reflect on the implications of these Elections; the campaign for a second referendum; the current state of the Conservative Party, and his experiences of being in a minority within the Tory Party who support a confirmatory vote on any Brexit deal.

The talk will be followed by Questions and Answers.

Dr Phillip Lee is Conservative Member of Parliament for Bracknell.

This event is hosted by the School of Social Science.

In May 2010, Dr Phillip Lee was first elected as the Member of Parliament for the Bracknell Constituency at the General Election.

He has worked as a doctor at various hospitals in London and the South East before becoming a General Practitioner. As a GP he worked across the Thames Valley and continues to practise locally on a part-time basis.
In Parliament, he was elected the Executive Vice Chairman of the Parliamentary Space Committee, was a Member of the Energy & Climate Change Select Committee, and served as a Vice Chairman of the Conservative Middle East Council (CMEC). He is currently the Chair of the All Party Parliamentary Group for Sport.

In July 2016, he was asked by Prime Minister join the Government. He served as the Minister for Youth Justice, Victims, Female Offenders and Offender Health until June 2018, when he became the first Minister to resign from the Government over the direction of Brexit. He is now a leading proponent of the campaign to secure a final say referendum for the British people and is the Chair of the centre-right group ‘Right to Vote’.

Right to Vote is a centre-right group campaigning to give the public a final say on Brexit. The organisation was founded in early 2019 by a number of Conservative parliamentarians seeking to put any deal that passed through Parliament to a public confirmatory vote. One of the group’s first aims was to secure a significant extension to the deadline to leave the EU. This provides the time needed to secure parliamentary approval for a confirmatory vote and to prevent a “no deal” scenario or a reluctant acceptance of the Prime Minister’s unsatisfactory agreement.