The Kodak carousel slide projector has continued to be used by contemporary artists around the world for the past 15 years, despite no longer being produced since 2004. Now considered obsolete, the slide projector has come to evoke the past. The story of media history is often defined by the advent of technology, so the continued artistic use of an apparatus long after its industrial demise challenges this story. In the age of swipe and scroll, the ‘forgotten’ medium in the history of media technology gives us a moment to reconsider what we have lost and gained in the digital evolution.

This exhibition showcases eleven installations made by international artists after 2004, celebrating not only the heritage of the medium but also its extension into the contemporary context. Blackout, the title of the exhibition, refers to a distinctive characteristic of the slide projector: the intermittent moments of darkness between the projected slides. Unlike analogue film projection, which operates similarly, the slide projection’s low frame rate makes the oscillation between light and darkness visible to the human eye and distinctly felt. The title also references historical amnesia and collectively suppressed memories that many of the artworks call for us to remember.

This exhibition is curated by Julian Ross, CREAM Research Fellow, and is based on the research he conducted for his Leverhulme Early Career Fellowship at CREAM, University of Westminster. The exhibition was first presented at Kunsthal Rotterdam during International Film Festival Rotterdam (24 January - 3 February), and will travel to Greylight Projects, Brussels, in April 2019.

The private view will involve an introduction by Julian Ross and an artist tour with several of the participating artists, led by Jelena Stojkovic (Arts University Bournemouth).

Register for your free place on Eventbrite

Supported by CREAM, Ambika P3, University of Westminster and The Leverhulme Trust. 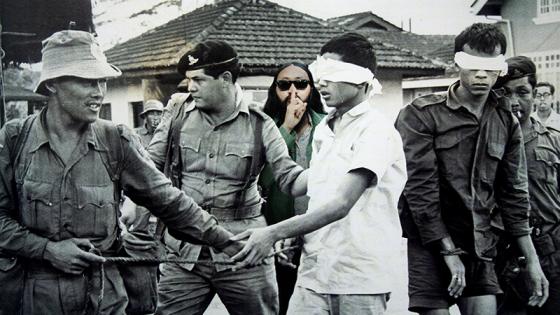