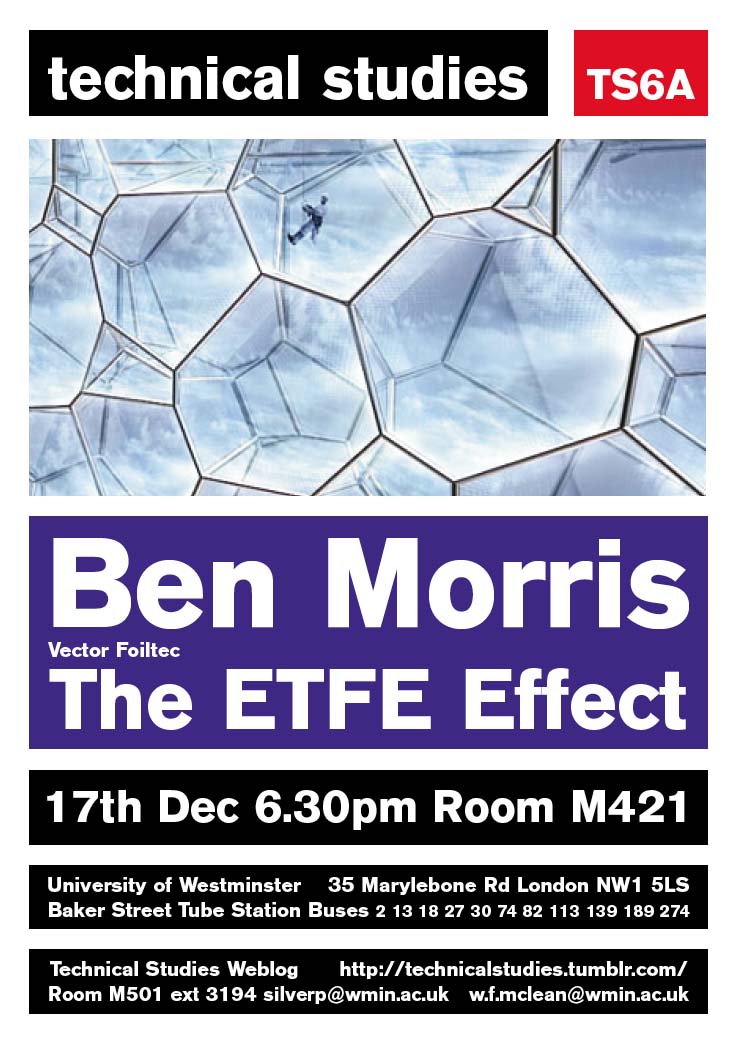 …Since 2001, when the eight ETFE (ethylene tetrafluoroethylene) domes of Grimshaw Architects' Eden Project turned a disused clay pit in Cornwall into a visitors' centre bursting with a lush array of plants, the material has seen a tremendous increase in demand. Affirming this trend, last year Birkhäuser published ETFE Technology and Design by Annette LeCuyer, an in-depth analysis of the material and its applications. Most recently, ETFE has been used on the 'Water Cube' - the National Aquatics Centre in Beijing by Arup, PTW Architects and Chinese practice CCDI (AJ 17.04.08).

ETFE was first patented by DuPont in the 1940s, but went commercial in the 1970s when US manufacturer DuPont and Hoechst in Germany launched ETFE wire and cable insulation. Vector Foiltec, a sailmaking firm set up in 1982, pioneered the architectural use of ETFE. Vector Foiltec, located in Bremen, Germany, is now the leading fabricator of ETFE cushions and claims an 86 per cent market share.

The material comprises cushions of two or more layers with air trapped in-between. These cushions are prefabricated and transported deflated to site, where they are fitted into aluminium extrusions fixed to the primary frame and linked through valves to the inflation system - which typically consists of a unit attached to a ring main or radial system with smaller spurs adhered to each cushion. Next, they are inflated to stabilise the envelope.

The cushions are shaped into long stripes or tessellating shapes such as hexagons or triangles. Once the shape and size have been decided, the structural grid is developed. ETFE systems typically rule out the need for a secondary structure. Extrusions are usually aluminium due to its flexibility and affordability, but they can also be made of carbon, steel or stressed cables. It is advisable to specify the cushion shape and size before designing the frame.

Multi-layered cushions allow architects to customise the envelope to a greater degree than more traditional materials. The U-value, for instance, depends on the number of layers of foil in each cushion, ranging from 2.94Wm²K for two layers to 1.18Wm²K for five-layer assembly. 'With anything above five layers it is more cost effective to incorporate a laminated layer of nanogel, which is like aerated sand, into the cushion,' says Ben Morris, managing director of Vector Foiltec. 'This is a technology that we've patented and means we can get the U-value down to 0.2Wm²K.'

ETFE can also be pigmented or printed with a range of coloured opaque or translucent fluoropolymer inks to create a variety of decorative effects. The most common pigment is silver, which is typically used to reflect solar light and heat. 'The degree of solar shading is infinitely variable because dot patterns can range from 10 per cent transparency to opaque on each layer of material,' explains Morris.