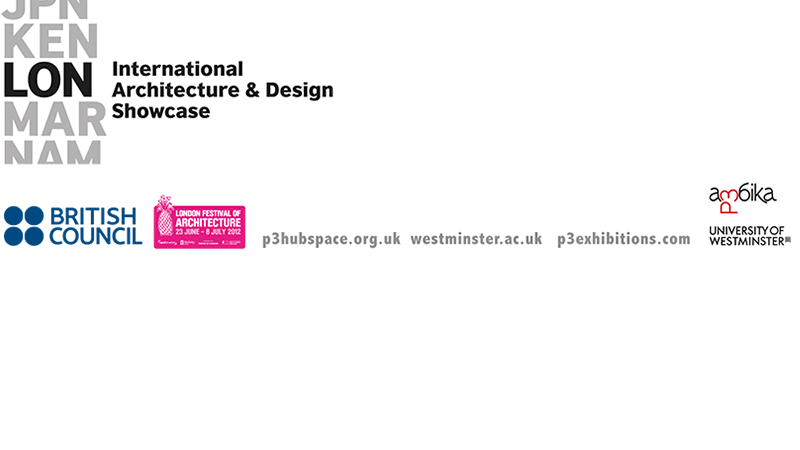 As part of the London Festival of Architecture and London 2012 Festival, the British Council presents architecture and design from the Caribbean, Namibia, Serbia, South Africa and Taiwan: 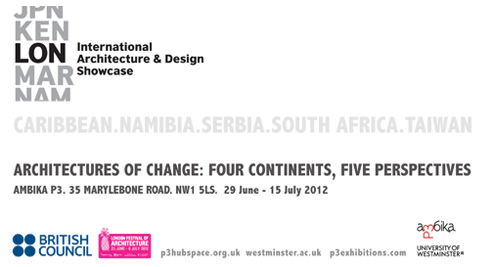 The Exhibition is accompanied by an international talks and debates programme, presented by the University of Westminster and the British Council. Held in Ambika P3, Marylebone Road, NW1 5LS.

Events are free and open to the public.
For more info email: [email protected]

Embassies, consulates and high-commissions provide fascinating examples of how architecture and design mediate relations between individuals, organisations and countries. Three leading architects and a former representative of the Foreign Office discuss the diplomacy of designing for the British Government overseas.

The University of Westminster and the British Council invite architects, designers, researchers and teachers to engage in a dialogue between participants of the Ambika P3 International Architecture and Design Showcase around questions of architecture’s role in (de)colonisation, social (re)construction, national identity formation, human development and global (dis)integration in their countries.

A half-day colloquium with representatives from:
The Caribbean
Namibia
Serbia
South Africa
Taiwan

The University of Westminster and the British Council invite discussion about the impact of design (urban, architectural, industrial, fashion & graphic) on life in cities in Namibia and South Africa since democracy. Questions asked will include those of overcoming colonial spatial legacies, of the re-colonisation of cities by global economic forces, of the simultaneity of different experiences of space and time, and of the impact of mega events on host cities.

Technology provides opportunities to engage in formulating new dialogues between people, place, structures and material - is this a new way of thinking about design - the 'curation' or 'invention' of relations? Does design present an opportunity to mediate these relations through forms of diplomatic engagement? A panel of architects and thinkers from Serbia discuss these topics in the context of a changing nation.

Thursday 12 July 2012
6-8pm
Addressing the Games
Chaired by Prof. Adam Sharr, Newcastle University [TBC]
The Olympics are here - and with them a changing cityscape for London. What are some of the implications of this 'mega-event' and how has London, the perennial 'village city' made the games in its own, unique image? A panel of academics, architects and students present dialogues and designs of an alternate nature for the event of the summer.