Graham Smith, Professor of Politics at the University of Westminster received a Fellowship Award from the Academy of Social Sciences for his excellence and contribution of work in social sciences that had a beneficial impact for the public. 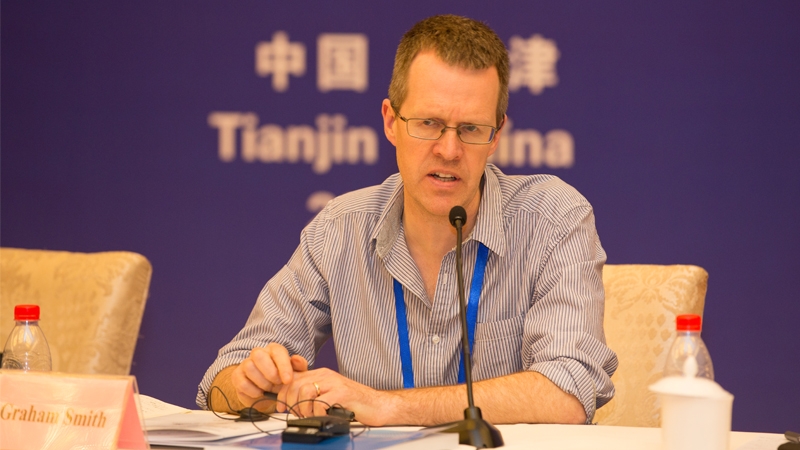 The new fellows were selected after an extensive peer review process of their work and its impact. Professor Smith has been a leading figure in the establishment of democratic innovations as a field of study within political science and is well known for his critical role in the development of the study of environmental politics.

He said: “I am delighted to have been invited to become a Fellow of the Academy of Social Sciences. This is a critical time to be both promoting and defending the value of social science in the UK and beyond. The Academy has a significant role to play in these debates.”

Last year Steven Barnett Professor of Communications at Westminster School of Media, Arts and Design also became a Fellow at the Academy of Social Sciences.

Professor Roger Goodman FAcSS, Chair of the Academy said: “The outstanding contributions of each new Fellow are a testament to the breadth of the social sciences, both in their ability to inform policy for public benefit, as well as in addressing some of our most pressing societal issues.”

The Academy is composed of around 1100 individual Fellows, 42 Learned Societies, and a number of affiliates, together representing nearly 90,000 social scientists.

Learn more about studying Politics at University of Westminster.