Westminster School of Media, Arts and Design's Professor of Innovation and Impact Mitra Tabrizian’s project ‘you don’t know what nights are like?’ commissioned by Art on the Underground, Transport for London, will be exhibited outside Southwark Underground station from January 2017. 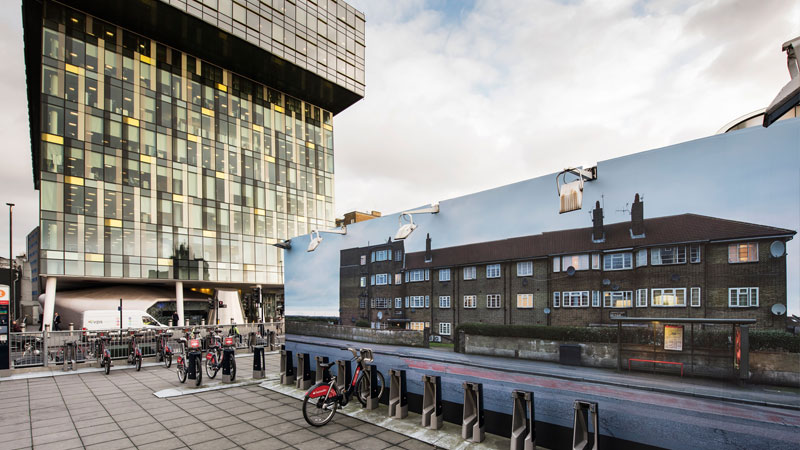 Professor Tabrizian’s project focused on night-time workers for which she interviewed many people who regularly work nights in several different job roles. These interviews helped her to develop two panoramic photographs displayed with short interview fragments.

The first image portrays a figure in an empty landscape, as the day to night is captured through a gloaming sky. The second image shows an isolated building, against a wide sky in a dawning of light. The murals stand for a wider community of night-time workers living as if they are on the edge of the city.

When speaking about the project, Professor Tabrizian said: “I wanted to focus on the night-time workers, and the effect that working long hours has on their lives."

“Some have been working 12 hour shifts for 16 years. Fragments of the interviews are used to depict ‘interiority’, interior emotional states of the individuals who are living on the margins, running the infrastructure of the city, and yet remaining invisible.”

“Starring out across the city, ‘you don’t know what nights are like?’ is a complex work that addresses urban life today. Mitra has listened to the experiences of people who work at night, and conjured an emotional state through photography.”