University of Westminster’s student-run station, Smoke Radio, has been nominated for four ‘Student Radio Awards’ following another successful year. The Student Radio Awards 2016 which are open to any higher education student station across the nation are supported by BBC Radio 1 and Global Radio. 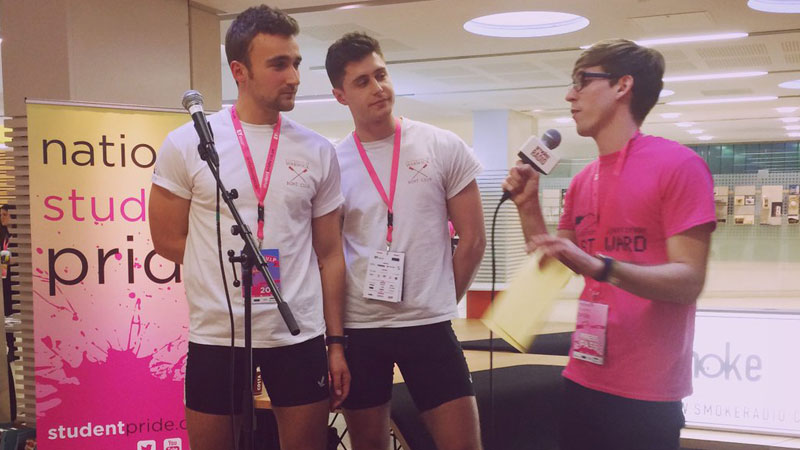 The University’s radio station, which has been on air since 2004, has been nominated in the following categories:

The nominations come after Smoke Radio of the University of Westminster Students’ Union won ‘Best Student Station’ at the 2015 Student Radio Awards.

Former station manager, and ‘Best Multiplatform Initiative’ nominee for this year, George McDonagh, said: “Smoke getting nominated for Best Station just shows the great work the previous committee did to build on last year’s successes. It’s exciting too to get an individual award for our podcast, we’re all really happy and didn’t really expect it.”

Emma Halligan, Station Manager in the 2015–16 academic year, commented: “Congratulations to Smoke Radio! To come off the back of 2014/15’s amazing year was a lot of pressure but our volunteers really stepped up, and it’s great to see all of their hard work behind the scenes being recognised.”

Following the nominations, Radio and Digital Production BA Honours Course Leader Dr Matthew Linfoot added: “This tops off a great year for radio at Westminster with the opening of two new studios in Harrow including the new Smoke Radio space broadcasting live from the Forum, the social space on Harrow Campus.”

Along with last year’s monumental achievement, Smoke Radio has won a selection of awards including gold for best journalistic programming, best marketing and branding, and best specialist music programming.

Smoke Radio’s entry for Best Station of the Year included extracts from the University’s most exciting events such as Student Pride, the Student Union Elections, the Halls of Residence Move In and the University’s sports coverage. Another high point for the radio station was being one of the most played student radio stations on AudioBoom.

The winners of the Student Radio Awards 2016 will be revealed on 10 November at London’s IndigO2 hosted by top names from BBC Radio and Global Radio. Book tickets for the awards ceremony.

Communications Manager at the University of Westminster Student’s Union Jon May said: “It’s so great to see Smoke Radio has been nominated for so many awards and is a real testament to the students who tirelessly volunteer with the support of the University and the Students’ Union, who have collaboratively invested in student media.”

The station broadcasts 24 hours a day online with daytime content starting from the ‘Smoke Breakfast’ at 8am through to 5pm, followed by an eclectic selection of specialist music and speech programming into the early hours of the morning.