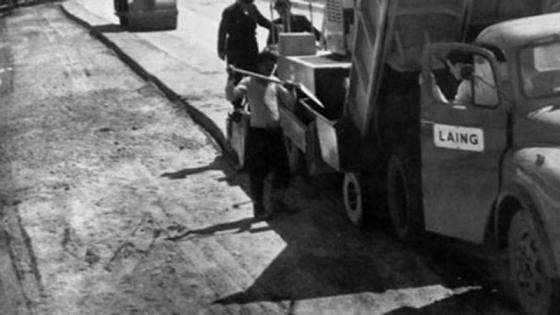 The M1 motorway was the first long-distance, inter-urban motorway to be constructed in Britain and the first motorway to consist of three carriage lanes. The initial construction of the road was split into two separate phases, running from London to Yorkshire, although it has been further developed since.

The first phase, a 73 mile stretch built mainly by John Laing and Sons and running from St Albans in Hertfordshire to Crick in Northamptonshire, employed thousands of workers, perhaps as many as 19,000 though never more than 4,200 at any one point. Many lived in temporary accommodation and camps dotted along the route. Over £5 million worth of plant was deployed and the speed of the project was remarkable, completed on schedule in just 19 months, from March 1958 to October 1959, that is, one mile every eight days! It was said to have been the greatest civil engineering achievement since the construction of the railways a century earlier. The second phase of the M1 was built between 1963 and 1968 and included an 87 mile stretch between Crick and Doncaster and a 35 mile one from Aston to Leeds. This second phase was not dominated by any one contractor, the eighteen separate contracts being won by a multitude of major firms, including Robert McAlpine, Tarmac, Wimpey, Costain, Holland, Hannen and Cubitts, RM Douglas and John Laing and Sons.

The M1 was a construction project which encapsulated changes in construction labour and the building process. It was characterised by exceptionally long working hours and dominated by occupations such as machine operators, excavators, scaffolders and steel-fixers, none of which were regarded by employers or unions as skilled, or had recognised, formal training systems, but which were becoming more important in the construction industry generally. New technology, in the shape of these new machines, was a further characteristic of this project. The importance of formwork, and the manner in which carpenters were learning new and important skills in this area, was also a hall-mark of the M1.

Check out the interviews with builders involved in the M1 motorway on SoundCloud: 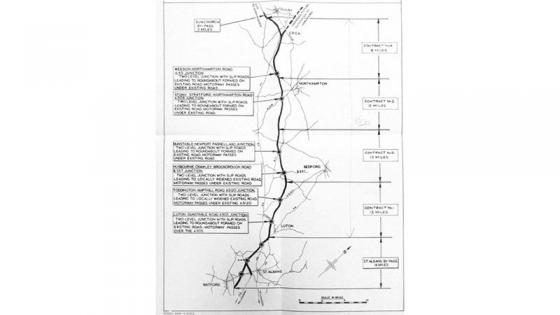 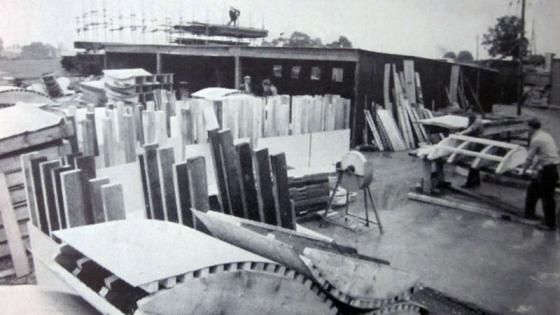 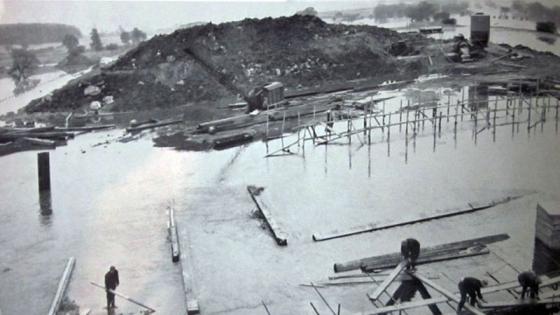 Designed by Chamberlin, Powell and Bon, and built over a twenty year period during 1962-1982, the Barbican re-development embodied new ideas about living and working

Read moreGo to The Barbican page

The M1 re-development embodied new ideas about living and working. Check the interviews with builders involved in the M1 motorway

Stevenage was the first of the post-war new towns, which were brought into existence by the New Towns act of 1946