The effort to plant trees to commemorate the 394 Polytechnic members who fell in World War One has been worthwhile. 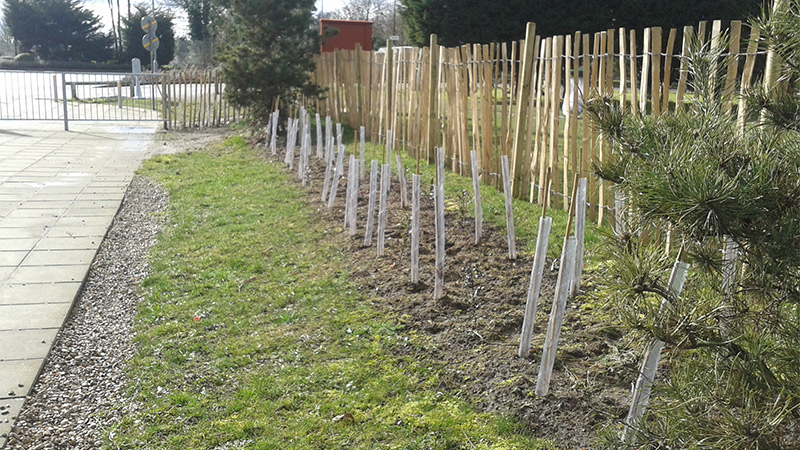 In addition to the trees planted at Chiswick Sports Ground, there is a memorial noticeboard which was constructed by the in-house carpenters at Marylebone Campus. The noticeboard was organised by members of the Digital Publishing and Communications Team, with text and images contributed by the Archive Team.

The paving around the base of the noticeboard was donated by TfL and BAM Nuttall Ltd, who provided the labour. The trees follow a line 80m long, each one representing a member of the Polytechnic who died in World War One.

Read more about the Woodland Trust's We Will Stand initiative.