Westminster graduate’s work on African subcultures featured in the Guardian 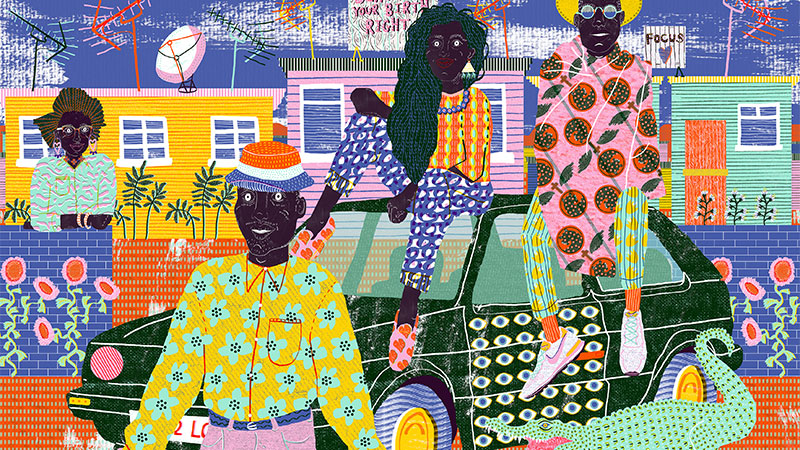 Camilla first began focussing on African subcultures as she believed diverse ethnicities were underrepresented in illustration. Her work depicts Congo’s sapeurs to the street style of Soweto.

Speaking about her work Camilla says: “I’ve always been attracted to the bright colours and organic shapes of African prints. They have the amazing ability to tell a story and to both look modern and ancient at the same time.”

“Here, I really wanted to create an image that embodied the wonderful street style and swagger of the subcultures from Soweto. I looked at groups like the Smarteez and Izikhothane and I’m a big fan of the guys behind the art collective I See a Different You”.

Camilla Perkins derives inspiration from encountered oddities, whether human, flora or fauna, and since graduating from the University of Westminster in 2012 she has worked with various clients to produce brightly coloured, heavily patterned and unique images. She lives and works in Brighton.

Find out about the University of Westminster’s Illustration and Visual Communication BA Honours here.