The University of Westminster’s Regent Street Cinema will be hosting the Public Choice Screenings of the 2016 British Animation Awards (BAA) from Tuesday 26 January to Tuesday 9 February. 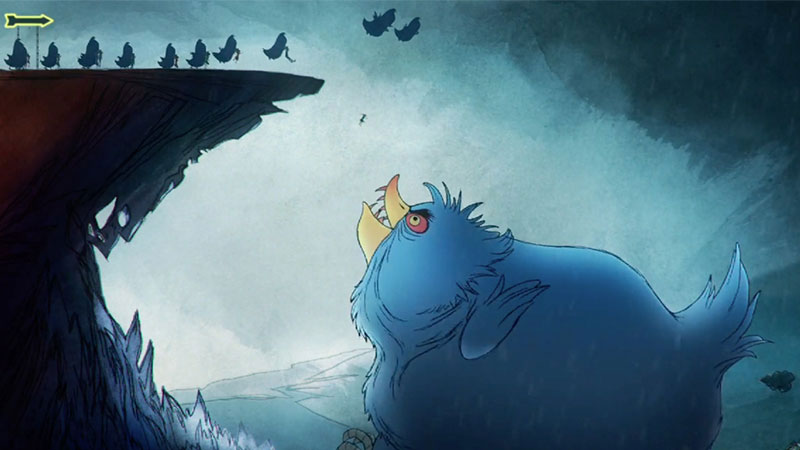 The Regent Street Cinema will be running three programmes as part of the Public Choice screenings of BAA. The three Tuesday screenings will contain a mix of animated shorts, music videos and commercials, drawn from the best entries to BAA 2016.The programme will include several international festival award winners.

In addition to the opportunity to showcase their work to a public audience, the winning filmmakers will receive an original piece of artwork from a fellow animator.

This year Hotessa Laurence, animation artist and Senior Lecturer on Westminster’s Animation BA Honours course, will create the winning prize for the awards. Her prize consists of a unique screen print with mixed media. Speaking about the experience she said: “I was honoured to be asked to produce an award this year. The British Animation Awards is a unique biannual event that brings together all the key players in the business with established and newly emerging creative talent from the many and various sectors of the animation industry. It is an opportunity to get a broad overview of the very best in UK animation, from commercial and music videos to independent short films and student work.”

Previous creators of prizes include Tim Burton and Nick Park.

The awards ceremony for the British Animation Awards 2016 will take place on 10 March at the BFI Southbank. The audience will have the opportunity not only to see great animation on the big screen, but also to vote for their favourite films.

Have a look at the Public Choice programmes and book your ticket on the Regent Street Cinema website here.