Tania Olive, a graduate on the BA Honours Photography degree at the University of Westminster has been awarded the British Journal of Photography Best in Show Week 1 photography prize at the Free Range Graduate Summer Show on 14 June. 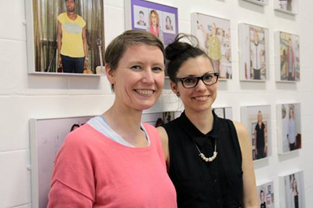 Free Range is a programme set up by The Old Truman Brewery to support and promote new creatives. This major annual event showcases the work of art and design courses from all over the country bringing the very best of the nation's graduates together and provides them with the opportunity to showcase their work on an international level.

Deputy Editor Diane Smyth from the British Journal of Photography awarded a BJP Best in Show prize. The judges were impressed by the consistency of Tania’s project ‘Dyke of our Time’, which was described as a ‘profoundly photographic project’ with an interesting group to photograph, and which investigated the look and the style of a particular group of women in Britain in 2012.

In addition, a total of five University of Westminster Photography students: James Miller, Tina Remiz, Ryan Dalton Rodrigues and Daniel Mayrit featured in the shortlist of ten from the eight universities and colleges showing during the first week.

All shortlisted students are featured in Diane’s article in the British Journal of Photography.