Smoke Radio, the University of Westminster Students’ Union’s radio station, has been nominated for six ‘Student Radio Awards’, including Best Station for the third consecutive year. 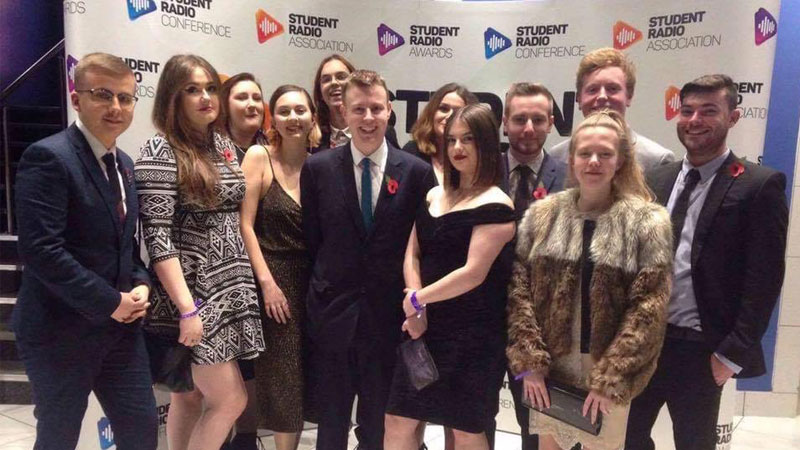 Callum Denning, Station Manager for Smoke Radio in the 2016/17 academic year, said: “I’m delighted that the hard work of everyone involved in the station last year has been recognised by the Student Radio Association. And we look forward to celebrating their achievements at the Awards next month.”

The annual Student Radio Awards, which are open to any UK higher education station, are supported by BBC Radio 1 and Global Radio. It is organised by the Student Radio Association which is the volunteer-run representative body acting on behalf of the UK student radio community. The awards ceremony is to be held on 9 November at London’s 02 Indigo.

Dr Matthew Linfoot, Course Leader for the Radio and Digital Production BA Honours course, said: “This is another brilliant year for Smoke Radio. They’ve been nominated for Best Station for the third year running, which is a great achievement. Well done to the team.”

Find out more about the Radio and Digital Production BA Honours course.