Dr Louise Sylvester and Dr Sara Pons-Sanz, from the Department of English, Linguistics and Cultural Studies, have both been awarded major research grants from the Arts and Humanities Research Council (AHRC). 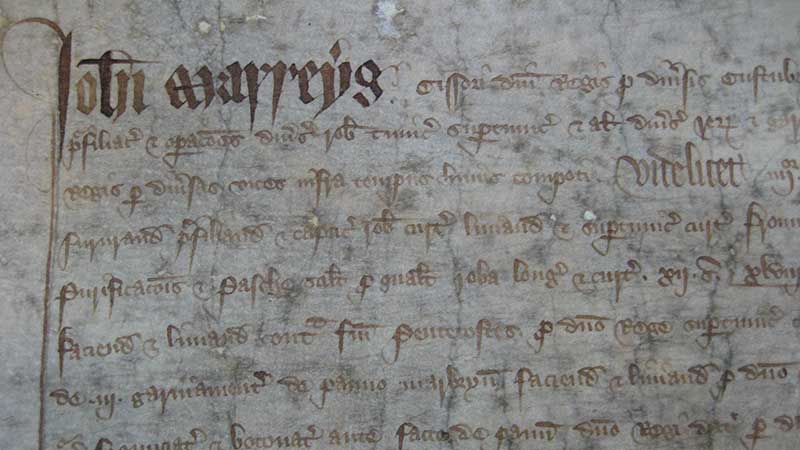 The new project, with The National Archives as project partners, will create a website with summaries of a selection of medieval Royal Wardrobe accounts which record the details and costs of fabrics purchased and garments made for the royal family. There will be an index of the words for cloth and clothing in the accounts and these will be hyperlinked to the relevant entries in the Lexis of Cloth and Clothing database. The website will include images of the manuscripts, impressions of the clothing to be made by the artist Maggie Kneen, and pictures of the current royal family for a comparison with the clothes worn for state occasions today. For some school pupils, their encounter with the project’s website will be enhanced by visits to their schools by members of the project team. The National Archives will be hosting a special exhibition to launch the project.

The influence of Old Norse on English vocabulary is one of the great issues for historians of the English language, and vital to the potent idea of ‘the Viking legacy’ which still resonates strongly in modern constructions of British identity. This project aims to present the most detailed and rigorous survey of Norse-derived words in English. The project’s main focus lies on the vocabulary of nine texts of the so-called Alliterative Revival of the Middle English period: Sir Gawain and the Green Knight, Pearl, Patience, Cleanness, St Erkenwald, Alliterative Morte Arthure, The Siege of Jerusalem, The Destruction of Troy and Wars of Alexander. The results of this research will be presented in a publicly available database where users will be able to explore, amongst other issues, the terms’ etymology, meaning, textual attestations and dialectal distribution. The Gersum Project will provide a long-lasting set of tools for everyone interested in Anglo-Scandinavian relations during the early Middle Ages.

Professor Roland Dannreuther, Dean of the Faculty of Social Sciences and Humanities, said: "I am delighted with the success of Louise and Sara in winning these prestigious AHRC research grants and these awards further demonstrate the vitality and the excellence of research in the Department of English, Linguistics and Cultural Studies."

More information about the Department of English, Linguistics and Cultural Studies.