Victor Burgin - A sense of place 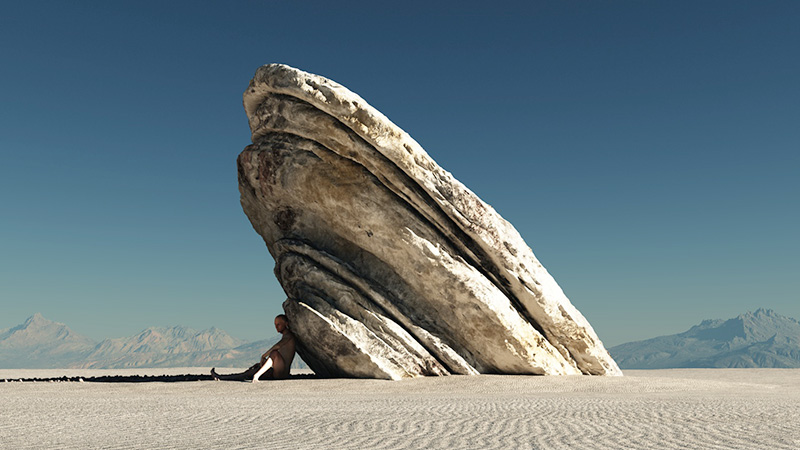 Ambika P3 is delighted to present A Sense of Place, a major exhibition of the work of Victor Burgin. Five recent digital projection pieces are complemented by earlier photo-text works exploring relations between place, memory and image.

Victor Burgin taught at the Polytechnic of Central London (now the University of Westminster) from 1973 to 1988. He was nominated for the Turner Prize in 1986. His achievements as a visual artist are unique in that he is equally influential both as a practitioner and as a theorist. His still and moving image works, and his extensive and widely translated writings, have had a profound effect on the landscape, language and teaching of the visual arts in general, and photography in particular, both in Britain and abroad.

Victor Burgin first came to prominence in the late 1960s as an originator of Conceptual Art, when his work appeared in such key exhibitions as When Attitudes Become Form (1969) and Information (1970). He has since remained one of the most consistently influential artists and art theorists of his generation.

Burgin’s work is concerned with the ways real objects in actual space are mediated through memory and fantasy—the way ‘space’ becomes place. To this end he explores relationships between words and images—which he sees not as separate entities but rather as a hybrid form producing a ‘virtual’, psychological, image.

The built environment—as a theatre of wishes and fears about past, present and future—is at the forefront of Burgin’s works, which move through promenades and panoramas. The image- text pieces progress along the gallery wall, or wrap around an entire space, or (in later projection pieces) exploit tracking and pan movements familiar from film. These later works answer our frenetic media environment with a contemplative conception of the hybrid virtual image—moving in permanently closed loops, but generating perpetually open spirals of time and memory.

Victor Burgin’s new work for the Ambika P3 exhibition, Mirror Lake, is a response to the Seth Peterson Cottage, designed by Frank Lloyd Wright and built in 1958 in what is now Mirror Lake State Park, Wisconsin.

This exhibition is supported by Arts Council England, Ambika P3, The University of Westminster, The Henry Moore Foundation, The Elephant Trust and Galerie Thomas Zander, Cologne.