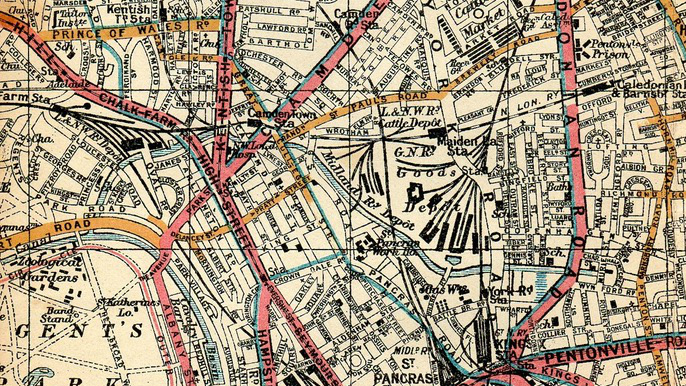 In this WIAS seminar, Paschal Preston examines how British political, economic and geographical theorists contributed to novel ideas about actually-existing globalisation and the potential for supra-national spaces of political action, organisation and mobilisation in the 1880s–1920s period.

He will review the ideas of leading political, economic and geographical theorists at that time including their conceptualisations of the role of communication networks and new media forms during the 1880s–1920s. He will examine the question of whether and how the latter were viewed as affording new kinds of political coordination, integration or mobilisations at the international or ‘European’ levels during that period and how these related to competing theories and takes on nationalism at the time. The seminar will also discuss how these theories relate to current debates about Brexit and its aftermath.

This seminar draws on Paschal Preston’s work as a visiting International Research Fellow in the Westminster Institute for Advanced Studies in (WIAS) during the early months of 2017.

Paschal's fellowship explores how major schools and traditions of political, economic, geographical and social thought during the 1880s–1920s period relate to novel conceptualisations of the potential for supra-national as well as national political action. He will consider the work of writers rooted in the liberal tradition as well those more aligned to socialist and social democratic views. These include: John Atkinson Hobson, Leonard Trelawny Hobhouse, John Maynard Keynes, Leonard Woolfe, Norman Angell, Halford John Mackinder, Keir Hardie, Ramsay Macdonald, Beatrice and Sidney Webb and James Connolly. Paschal will also consider some of the related ideas of supporters and activists in the international socialist, suffragette and anti-colonial movements at this time.

The research during this WIAS fellowship largely focuses on the 1880s-1920s period.

It forms part of a larger project on the evolving role of successive major waves of innovation in communication networks and new media forms in the modern capitalist era. It examines the space-compression affordances of these new networks and infrastructures and how these relate to shifts in major schools of political, economic and social thought as well as practices.

Paschal Preston is Professor Emeritus in the School of Communication at Dublin City University, Glasnevin, Dublin 9, Ireland. His book-length publications include:

"Democracy and Communication in the New Europe: Change & Continuities in East and West“ (Hampton Press, 1995)