Harrow Conversations: How we made Educating the East End, Yorkshire and Essex 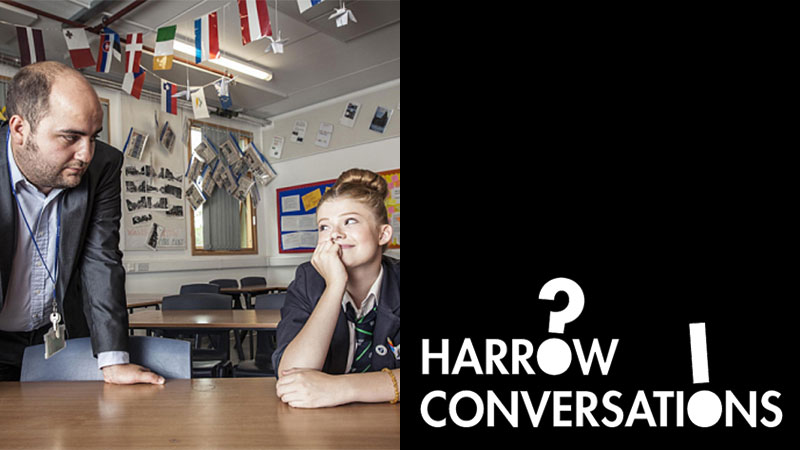 Andrew is Twofour Group's Chief Creative Officer. He is responsible for a portfolio of programming including the BAFTA award winning 'Educating Yorkshire' and 'Educating Essex'; entertainment hits such as 'The Jump' and 'Splash!' and critically acclaimed 'Royal Marines Commando School'.

Twofour was named Broadcast's 2014 Independent Production Company of the Year. Andrew joined Twofour from Channel 4 where he was Head of Factual Entertainment, responsible for commissions including 'My Big Fat Gypsy Wedding', 'Boys and Girls Alone', the Grierson award-winning feature documentary 'Thriller in Manila' and a range of presenter led series from Jamie Oliver and Jo Frost.

Synopsis for the Educating series:

This observational documentary series for Channel 4 explores what really happens behind the school gates, capturing everything about school life as a group of teenagers prepare for their GCSEs.
With unprecedented access to a British school, from the classrooms to the dining hall, from the headmaster’s office to detention, Educating Essex follows a group of final year students through the most important year in their education. For seven weeks of the Autumn term sixty-two cameras were placed throughout the school, focusing on a number of Year 11 students. This ambitious series examines all aspects of teenage life from school work and exam pressure, to fitting in and growing up – at a time when the next generation of school leavers face one of the most uncertain futures in decades.

Located at the heart of a diverse northern community, and with a student population that is almost exactly half white-British and half British-Asian, Thornhill Academy near Dewsbury offers a fascinating insight into modern school life in the UK.  It follows the work of Headteacher Jonny Mitchell, himself born and raised in Dewsbury, to better the chances for all his students and build on successive years of improving exam results. Jonny and his team are also keen to ensure that alongside great exam results the kids graduate as model citizens who better understand one another.

Filmed at Frederick Bremer School in Walthamstow, East London, this eight-part series captures every detail of life in the school from playground hijinks and inspirational lessons to life-changing friendships and events. Educating the East End follows the work of Head Teacher Ms Smith, as she brings her vision and drive to lift the academic achievements at the school as well as the ambition of her students. Assisted by a stellar team of teachers and support staff, Ms Smith is on a mission to inspire the kids to aim higher, achieve their full potential and overcome the stereotype of a ‘hoodied’ London teen.